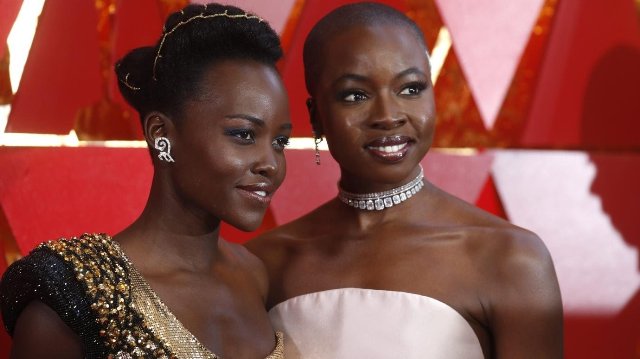 News Agency of Nigeria (NAN) reports that on Sunday, Lupita confirmed that HBO Max had ordered a 10-episode series based on the award-winning novel.

Following the announcement, Nigerians on social media shared diverse views on the casting of Lupita as the lead character, Ifemelu, an Igbo woman raised in Lagos.

While some fans applauded Lupita for purchasing the movie rights, thus earning casting control, others opined that an Igbo or Nigerian actress would do justice to the role.

@Yugerohu tweeted, “Lupita is going to play Ifemelu from Igbo land Nigeria? I love Lupita a lot, but this is not it.

“Feels like she’s the default pick whenever Hollywood needs an African Actress. If it’s too hard to find one in Nigeria, give us Yvonne Orji? Cynthia Erivo? Tracy Ifeachor?”

@Mide_TA said, “Seeing as she bought the film rights. She can cast whoever she wants I think.”

“Cynthia Erivo should never have been caste as Harriet Tubman.”

@Johnmuriuki said, “We, Africans, didn’t gripe when Morgan Freeman played Mandela, nor did we raise a ruckus when Denzel played Steve Biko.

“We didn’t raise an eyebrow when Forrest Whittaker played Idi Amin. We oughta ran riot when @shakira did that god-awful song in 2010 but we held our wheels.”

@Theolufolake said, “Lupita bought the film rights in 2014. Honestly I feel you. I felt the same way about Half of a yellow Sun.”

@Shawlarh said, “Forget about her buying the rights. She’s the only African Actress well suited for the role and big enough to reach a bigger audience, which is what they need. It’s simply business.”

@Onioluwafunmi said, “I still have a beef with the Lady that played Olanna in Half A Yellow Sun. I felt really sad. It just wasn’t right.”

NAN reports that some other fans pointed out that Nigerian actor, David Oyelowo played leading roles in Uganda-based ‘Queen of Katwe’ and ‘The Boy Who Harnessed the Wind’.

@Echezona tweeted, “Y’all should stop being pressed about Lupita taking on the role of a Nigerian woman.

“Y’all weren’t pressed when David oyelowo acted Queen of Katwe (set in Uganda) and Chiwetel Ejiofor in the boy who harnessed the wind (set in Malawi).”
@99thoughts said, “I get your point but

David oyelowo was casted in ‘Queen of katwe’ which was a Ugandan story. He was also the main actor in ‘a United kingdom’ which was a South African history.”

NAN reports that Nyong’o purchased the film rights to ‘Americanah’ in 2014 and immediately collaborated with fellow Black Panther’s castmate, Gurira to write the screenplay.

However, in 2018, the duo stated that the novel was being turned into a mini-series and not a feature film. They visited Nigeria to do research for the screen project.

‘Americanah’ tells the story of Ifemelu (Nyong’o), a young, beautiful, self-assured woman raised in Nigeria, who as a teenager falls in love with her classmate Obinze.

Living in a military-ruled country, they each depart for the west, with Ifemelu heading for America.

There, she learned that despite her academic success, she is forced to grapple for the first time with what it means to be black.