The Nigerian institute of journalism, (NIJ) football field was an exhibition ground yesterday where students of the school participated in their practical exhibition. 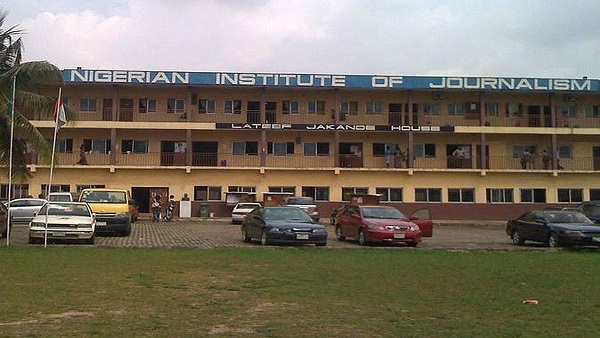 In a statement endorsed and sent to the AmehNews by Mrs Patricia Kalesanwo, Acting Registrar of the school saying Classes which took part in the exhibition were the two arms of the National Diploma (ND) programme, and products on display included face caps, paper bags, cups, buckets and badges, amongst others, all produced by students.

The statement disclosed that the acting provost of the school, Mr Gbenga Adefaye was accompanied by Head of Department of Mass Communication, Mr Micheal Osuji and Head of Entrepreneurship centre, Mrs Bisi Bamise, went round to inspect the products on display.

Mr Adefaye commended the students for their show of ingenuity advising them to keep up the good works.

He singled out the group that produced a branded cup for the NIJ studio, Pen Radio, for their initiative urging them not to relent.

Acting Provost generally commended the quality of products on display advising that they be well marketed by the groups.

Speaking on the event generally, Coordinator of the Entrepreneurship Centre, Mrs Bisi Bamise, while congratulating the participating classes said they would have done more but for the intervention of the corona virus pandemic, which came with a lock-down.

Mrs Bamise said different sets of students had demonstrated their willingness to learn entrepreneurship despite being committed to Mass Communication studies.

With the needed support, and commitment of the students, more would be accomplished with the NIJ entrepreneurship scheme, she said.