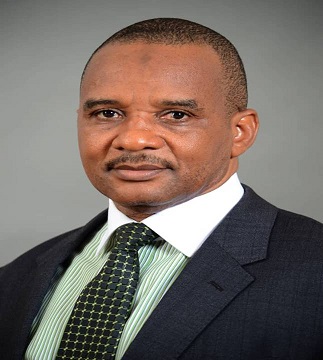 The Agency donated educational materials to the school as part of its Corporate Social Responsibility.

Director General of NIMASA, Dr Bashir Jamoh, reiterated NIMASA’s commitment to capacity building in the maritime industry, saying secondary schools in the country are a good place to begin the awareness. Jamoh encouraged the students, especially those in the sciences, to show interest in maritime by choosing maritime related careers, especially given the increasing role of maritime in Nigeria’s economic diversification effort. He said the current Cabotage regime had opened up many opportunities in maritime for indigenous investors and professionals.

The Director General announced the setting up of an endowment seat and scholarships for best students from the school willing to study maritime related courses in tertiary institutions. He said the Agency was willing to train such students in Nigeria and abroad.

Jamoh said in pursuit of NIMASA’s mandate to build capacity in the maritime industry, it was necessary to let students know the careers in the sector. “From time to time, we do visit schools and, as you are aware, we have a number of tertiary institutions in the six geo-political zones we are funding in terms of maritime education,” he stated.

He added, “When it comes to capacity building it is very important to have a very good foundation from secondary schools before you go to tertiary institution.”

The Director General said the Children’s Day celebrations presented a good opportunity to talk to students on the opportunities in the maritime industry.

He talked about the Federal Government’s resolve to ensure safety and security in the country’s waters, saying, “We are trying to get it right through the Deep Blue project that will be launched soon by President Muhammadu Buhari.

“We are now going out in full force to make sure we avert or stop this issue of maritime insecurity.”

He disclosed that there had been improvements in maritime security in the country since the deployment of assets under the Deep Blue Project began some months ago.

The items presented to the school included books, computers, and T-shirts.

A & G Insurance PLC’s 2021 Annual Retreat end with “we can make it work again and surely, we will.” mantra