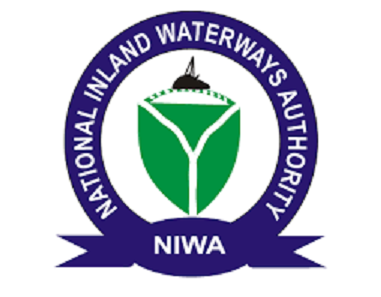 Management of the National Inland Waterways Authority (NIWA) has responded to “the Lagos State Government issued a 7-day ultimatum to boat operators, dredgers and all stakeholders in the inland waterways sector to comply with all the applicable laws, rules and guidelines concerning their operations failure of which appropriate stiff sanctions would apply” saying the stakeholders should go about with their legitimate business on the waterways as usual.

Part of the NIWA statement reads: “INLAND WATERWAYS: IGNORE 7 DAYS ULTIMATUM GIVEN BY LAGOS STATE Lagos State House of Assembly in line with the Court of Appeal Judgement delivered on the 18th July, 2017 do not have the power to make Laws in respect of the following International and Inter-state Waterways in Lagos State: Intra-coastal route from Badagry, along the Badagry Creek to Lagos through Lagos Lagoon to Epe, Lekki Lagoon to Iwopin, along Omu Creek, Talifa Kivei to Atijere, Akata. Aboto. Oluwa River to Okitipupa and onto Gbekebo. Arogbo. Ofunama. Benin Creek to Warri.”

NIWA cited the judgement as per Dr. Hussein Mukhtar, Justice Court of Appeal which reads: “The required declaration for inland waterways under the exclusive legislative list is made under section 10 of the National Inland Waterways Act, which includes rivers and intra-coastal waterways specified in the Second Schedule to the National Inland Waterways Act, which have been declared as Federal navigable waterways. Section 11 thereof provides that all navigable waterways, inland waterways, river-ports and internal waters of Nigeria, excluding all direct approaches to the ports listed in the Third Schedule to this Act and all the other waters declared to be approaches to ports under or pursuant to the Nigerian Ports Authority Act, up to 250 metres beyond the upstream edge of the quay of such ports, shall be under the exclusive management, direction and control of the Authority. Item 5 in the Second Schedule to the National Inland Waterways Act is the relevant provision for the navigable route that falls under the exclusive legislative list and it provides as highlighted above. This root runs through international and states boundaries and is therefore consistent with the provisions of the Constitution being an item on the exclusive legislative list. Revenue accruable from this Federal route is payable to the Federal Waterways Authority (NIWA).”

“It is hereby held that the Lagos State House of Assembly is competent to make laws in respect of the intra-inland waterways in Lagos State except the Inter-State waterway declared as International or Interstate Waterway under Item 5 in the 2nd Schedule to the National Inland Waterways Act.”