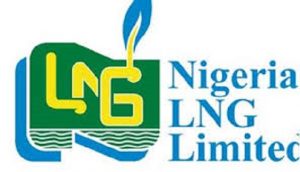 The Federal Government’s share dropped by 65 percent which stood at $1.04 billion in 2015 to $356 million in 2016 , therefore impacted also the Nigerian Liquefied Natural Gas, NLNG, usual dividend from the shareholding.

In the last 13 years, the sum total of share dividend paid by NLNG to the Federal Government amounted to $15.7 billion. This year’s low dividend as results of the lower price environment in the global oil and gas industry caused by an oversupply of the commodity.

Also attributed to, is the low prices and weaker demand which caused buyers to take a wait-and-see approach to long-term supply contracts, according to analysts. Nigeria, the biggest natural gas exporter on the continent and fourth largest in the world, now faces increasing competition from other suppliers, including Angola, who was expected to return to the market in early 2016 after ceasing exports in 2015 due to repairs.

Following the relative stability seen in the market since the fourth quarter of 2016, it was expected that natural gas prices may have stabilized. Also, the lower gas prices have resulted in greater demand for gas by new natural gas importing nations.

According to the International Gas Union, IGU, four new gas importers were added to the market in 2015 and one extra in 2016, leading to an expansion of the market.

The NLNG, according to stakeholders, remains a very valuable and efficient asset of the Federal Government. The Federal Government, through, the Nigerian National Petroleum Corporation, NNPC, owns 49 percent shares in NLNG. Other shareholders are Royal Dutch Shell, Total and Eni International, which own 25.6 percent, 15 percent and 10.4 percent respectively.

Oil rises to $56 on US stimulus prospects

Kindly Share This Story:Oil prices rose for a second consecutive day on Wednesday, as the…