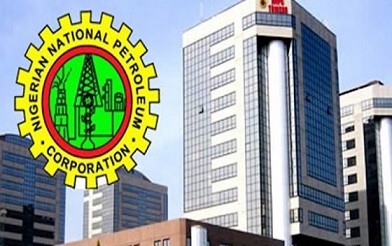 The Management of the Nigerian National Petroleum Corporation (NNPC) has dismissed insinuation of an approved N36billion compensation said to be due to Alesa-Eleme community in Rivers State as royalty for playing host to the Port Harcourt Refining Company, a subsidiary of the corporation.

A release by the corporation’s Group General Manager, Group Public Affairs Division, Mr. Ndu Ughamadu, traced the origin of the phantom compensation story to a traditional ruler, regarded as a claimant to the Alesa-Eleme traditional stool.

According to the corporation, the said traditional ruler went to town with the fake story after a purported meeting with the Honourable Minister of State for Petroleum Resources (HMSPR) and Board Chairman of the corporation, Dr. Emanuel Ibe Kachikwu.

NNPC affirmed that checks with the HMSPR indicated that no such meeting at which any such approval or promises were made took place, noting that the apparently fabricated story was designed to cause disharmony between the NNPC and the hospitable Alesa-Eleme Community.

The corporation emphasized that through the years, the Port Harcourt Refinery had enjoyed cordial relations with all the 10 communities in Eleme where the refinery is located, including Alesa Eleme and Alade Eleme through the Joint Community Relations committee (JCRC).

NNPC said the JCRC, comprising representatives from the various interest groups of the community, had been relating with the Management of PHRC on a sustained basis for creation and execution of development projects and needs of the communities.

While thanking the peace-loving people of Eleme for their love and hospitality through the decades, the corporation implored the community dwellers, especially the youths, to discountenance any such rumour of impending N36bn compensation as there was no such approval or payment to any entity.