…As Ambassador Congratulates Kyari on Appointment

The Nigerian National Petroleum Corporation (NNPC) and the Kingdom of Morocco have pledged to deliver on the gas pipeline bilateral agreement between Nigeria and the North African nation in record time. 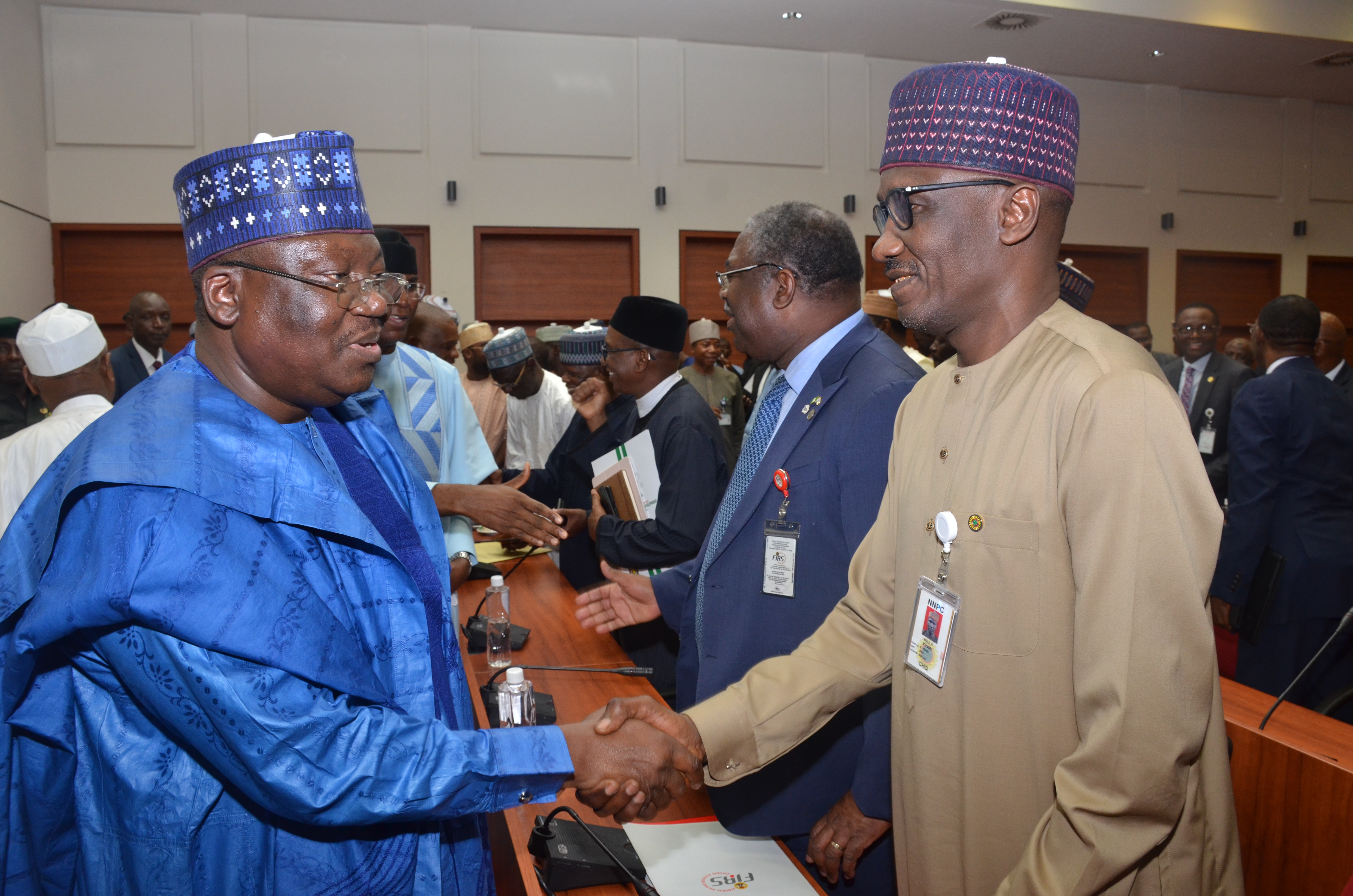 NNPC GMD, Mallam Mele Kyari, welcoming the Moroccan Ambassador to Nigeria on a courtesy visit to the NNPC Towers…Tuesday.

This was made known by the Group Managing Director of the Corporation, Mallam Mele K. Kyari, while receiving the Moroccan Ambassador to Nigeria, His Excellency Moha Ou Ali Tagma, at the NNPC Towers, Tuesday.

It would be recalled that during separate state visits, Morocco’s King Mohammed VI had in December 2016 visited Nigeria, while in June 2018, President Muhammadu Buhari reciprocated the gesture, which saw both leaders signing a number of Memoranda of Understanding (MoUs).

The agreements include a Pipeline Cooperation Agreement (PCA)  for the Nigeria-Morocco Gas Pipeline; an MoU to develop a chemical plant in Nigeria for production of ammonia and its derivatives and thirdly, an agricultural cooperation agreement on vocational training and technical supervision.

The PCA will particularly facilitate the establishment of a gas pipeline to supply feedstock gas from Nigeria to Morocco, across the West African sub-region and all the way to Europe.

Speaking on the development, Kyari told the visiting Ambassador that the NNPC was fully aligned with the terms of the MoU and committed to delivering them on time for the benefit of their respective citizens.

“We are completely aligned with the MoU signed by our two governments. We will take it forward and ensure that those terms that are particularly related to oil and gas industry are delivered in record time,” Kyari stated.

The GMD told the Moroccan envoy that key among the crux of President Muhammadu Buhari’s foreign relations was to widen cooperation among African states and expand the economic corridors of the continent.

“This is very important towards job creation, economic prosperity and ultimately, the achievement of overall peace and stability across the entire African continent,” Kyari added.

Kyari, who described Nigeria’s historical relationship with Morocco as dating back to a thousand years, said the two countries would continue to work together to further harness the huge gas resources abundant in Nigeria.

“Unknown to many people, Nigeria is more of a gas province than oil. We have billions of untapped gas resources. I am optimistic that our bilateral cooperation around the gas pipeline with Morocco will boost the economies of all countries across the West African states and up to Morocco,” the GMD stated.

Earlier in his remarks, Ambassador Tagma congratulated the GMD on his recent appointment and wished him success during his tenure.

He described Morocco and Nigeria as “two important African countries” that can achieve a lot while working together towards developing their respective economies and creating jobs for their citizens.