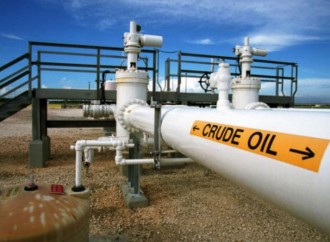 The Nigerian National Petroleum Corporation, NNPC, will today, sign a $6 billion crude oil swap agreement with 10 groups of oil trading firms for the exchange of 330,000 barrels per day of crude oil for premium motor spirit, PMS, also known as petrol, and diesel.

According to a report, the NNPC had already signed the agreements with four of the 10 groups, while the rest will be signed today. The report disclosed that after several extensions, by at least three months, the deal would come into effect July 1, 2017.

Curiously, the NNPC, which last year said it would no longer allow middlemen participate in the process, appeared to have recanted, as the report stated that this year’s deal includes international trading houses, not just oil refineries. However, when contacted, Group General Manager, Group Public Affairs Division of the NNPC, Ndu Ughamadu, said he was not aware of any contract signing in that regard. For this year, the contract is given to an international oil trader/refiner,  who is partnering an indigenous oil marketing company.

Others are Socar, Litasco and Vitol, whose indigenous partners are Hyde, MRS and Varo respectively. Meanwhile, the Federal Government, yesterday, said the momentum put in place in ensuring that 100 percent of the crude oil was refined in the country will reduce the foreign exchange allocation by 30 percent. This came as the House of Representatives Ad-hoc Committee on review of pump price of PMS, led by Nnanna Igbokwe, called on the management of the nation’s crude to stop the diversion of petroleum products to neighbouring countries.

Speaking while receiving members of the House Ad-hoc Committee, who were on a working visit to his office, Minister of State for Petroleum Resources, Mr Ibe Kachikwu, said he had been able to adjust in a way that reflected what was going on in the international environment. The minister disclosed that three refining projects geared towards boosting local refining in the country were underway in Katsina, Lagos and Brass area of Bayelsa State, adding that these would  soon be concluded.

He regretted that the Federal Government had been carrying the bulk of importation through the NNPC, while the major players in the industry only import about five percent, adding that an OPEC meeting will be held next week to disclose some of the challenges in the sector, especially in the fluctuations of the oil price in the international market. According to him, the Federal Government was working towards refurbishing the three refineries using private capital, adding that the 2019 exit date for importation of petroleum products was sacrosanct.

“It is important that our engagement to the public is key and transparency in that engagement is upper most. The engagement of critical stakeholders is also important. I found out sometimes,  it is pleasant to arrive at this collective decision. It is repository approach.”