DPR says continuous and safe use of Liquefied Petroleum Gas ……. 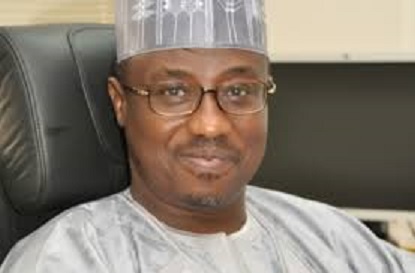 The Nigerian National Petroleum Corporation has committed to maximising its environmental management quotient through increased compliance with international standards certification for its processes and operations.

Speaking at an event to mark the 2017 World Environmental Day in Abuja, the NNPC’s Group Managing Director, Dr Maikanti Baru, said the NNPC acknowledges the importance of promoting environmental protection despite the various challenges faced.

He pointed out that the re-commissioned Mosimi and Kano depots have taken pressure off the highways, settlements along the highways and the general ecosystem.

He said, “We have over the years strived to maintain a healthy balance between our operations and the environment we operate in.

“This commitment has remained sacrosanct despite the numerous challenges arising from pipeline vandalism and illegal bunkering activities and outright sabotage that continue to impact on the quality of the environment we aspire to safeguard.”

In the same vein; the Department of Petroleum Resources (DPR) says continuous and safe use of Liquefied Petroleum Gas (LPG) can enhance and promote environmental protection and conservation.

This was the focus of the discussion at the 2017 Liquefied Petroleum Gas sensitisation workshop which held in Owerri, the Imo State capital south east Nigeria, themed: Promoting the Benefits of Encouraging Safe Use of LPG.

According to DPR officials, the workshop was also organized to stem the growing spate of LPG plants fire incidents reported across the country as well as allay the fears of Nigerians over the use of gas cylinders in homes for domestic activities.

While delivering his key note address, the south east Zonal Operations Controller of the DPR, Morrison Nwokedi, expressed regret that despite the fact that Nigeria has significant natural gas reserves, its utilization in the domestic sector is grossly inadequate.

According to him, Nigeria is yet to fully harness the benefit in its natural endowment even as the nation ranks 9th in the world for proven and probable natural gas reserves, which he says is estimated at 192 trillion cubic ft.

While Fielding questions from newsmen after the workshop, the Operations Director of the DPR, Owerri, Ernest Chukwu further reiterated how safe it is to use the LPG.

While the organisation hopes that the workshop enhances domestic use of LPGs, it has also granted approvals for the construction of new LPG depots in Calabar and Port Harcourt with storage capacity of 3,000 and 9,000 metric tonnes which are expected to be operational by the end of the year 2017.