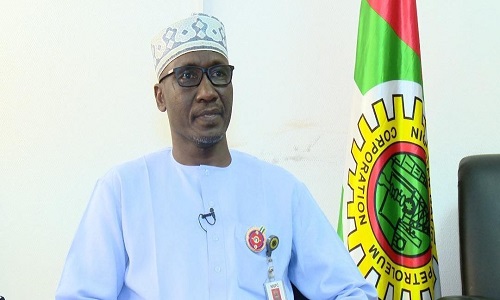 Speaking at the inspection tour of the project, in Atlas Cove, Lagos, at the weekend, Kyari said he was impressed with what the company was doing with the project and said Lee Engineering was setting the pace in p the sector.

The NNPC boss who was conducted round the project by the chairman and chief executive officer of the company Chief Leemon Ikpea, pledged to give the company the needed support to enable it complete the project on time.

Kyari said Ikpea Lee Engineering was able to the feat in the construction of the facilities because its core value of “professionalism, efficiency, quality and timely delivery of projects “

To ensure seamless functions of the new facility, Ikpea urged Kyari to ensure the prompt upgrade of existing facilities at the project site.

“It is my considered opinion to affirm that existing facilities cannot be integrated with the new system due to obsolete instrumentation and existing equipment failure,” Ikpea stated.

The Lee Engineering Bose who appealed to the NNPC boss to fast track it’s payment system to ensure that the job is delivered as planned said his company was available for upgrade of the obsolete facilities for the NNPC.