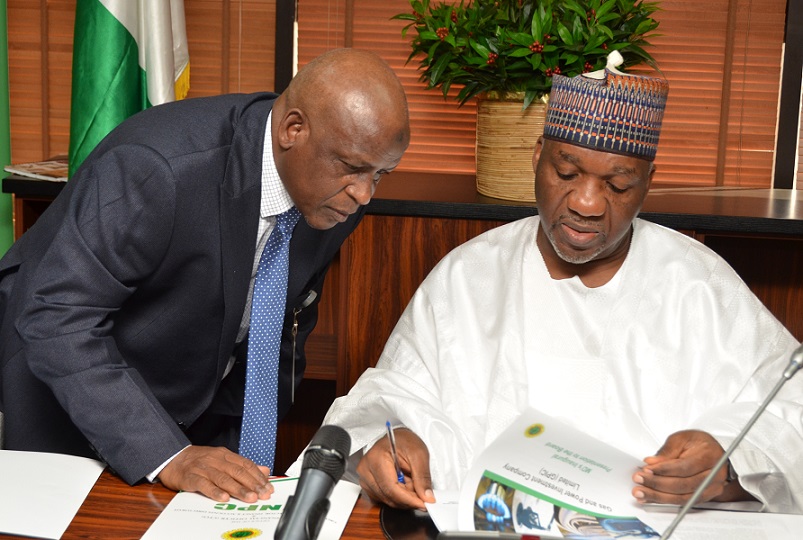 The Nigerian National Petroleum Corporation (NNPC) has expressed its preparedness to build additional Independent Power Plants (IPP) in Abuja, Kaduna and Kano which is expected to add 4,0000megawatts of power to stabilize the national grid.

The National Oil Company also disclosed that it would construct a Fertilizer Project in Brass,Bayelsa State.

Chief Financial Officer of NNPC and Chairman of the Board of NNPC Power subsidiary, Gas and Power Investment Company (GPIC), Mr. IsiakaAbdulrazaq, said this at the inaugural board meeting of GPIC at the NNPC Towers in Abuja.

A release by NNPC Group General Manager, Group Public Affairs Division, Mr. Ndu Ughamadu, in Abuja Tuesday, said the GPIC was established as a subsidiary under the Gas and Power Directorate to enable the corporation monetize the abundant gas resources in the Country for the benefit of the nation’s economy.

Mr. Abdulrazaqsaid the GPIC was a very strategic company through which the NNPC would create more value for the country, stressing that by the time the IPPs come on stream in Abuja, Kaduna and Kano, the Small Medium Enterprises (SMEs) in the areas would be better for it.

“The Gas and Power Investment Company Limited (GPIC) is a company which the NNPC has set up basically to focus on how it can create value and monetize thenation’s abundant gas resources. The company will also be focused on developing power stations, fertilizer plants as well as petrochemical plants across the states,” Mr. Abdulrazaq enthused.

READ ALSO: Most banks do not pay enough attention to the financial knowledge and culture of their consumers says KDIF Chairman

He noted that NNPC has set up the board to enable the company achieve its set targets within a very short period of time, saying the board meeting had mapped outstrategies to properly guide the company to enable its Key Performance Indicators (KPI).

He said the setting up of the company would add value in terms of payment of taxes and generating more revenue for the Country, stressing that the company and all the IPPsthat would emanate from itwould also generate more job opportunities for Nigerians.

Mr. Abdulrazaq stated that Fertilizer Project in Brass,Bayelsa State would produce fertilizer to boost agriculture in the South-South and other regions of the Country.

Speaking in similar vein, the Chief Operating Officer, Gas and Power, Engr. Saidu Mohammed, stated that the coming on stream of GPIC would help the NNPC transform into an integrated energy company with the production of 4,000 megawatts of power at strategic locations.

Engr. Mohammed disclosed that all relevant stakeholders in the power sector are in alignment with the NNPC with the establishment of the GPIC.