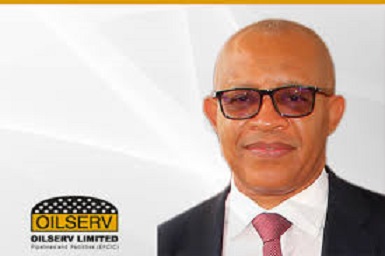 The optimism of gas to power the country is driven by the imminent completion of the Obiafu/Obrikon-Oben (OB3) gas transmission pipeline system currently being developed by NNPC and its Indigenous EPC contractor companies.

The countdown to increased power generation in the country has begun as the two contractors Nestoil (Lot A), and Oilserv (Lot B) handle the project revealed that they at the tail end. This pipeline system is very strategic, as it would boost the availability of gas to fuel the battery of already-developed power plants, and at the same time deepen the availability of gas for other domestic needs.

When completed, the 127km x 48-inch pipeline system with associated plant facilities will be the biggest diameter-inch gas pipeline in the country with an ullage capacity of 2Bscf/d. But for some project delays, which included about 20 monthsí delay in being given access to the ìright of wayî, the project would have been completed by now.

This pipeline system is a critical component of the Nigeria Gas Master Plan that the NNPC had been steadfastly nurturing over the past decade. Upon completion, it will totally transform the infrastructure landscape to a state that can enable domestication of natural gas demand and catalyse our economy into the top 20 within a short period of time, says the Chairman/Group Chief Executive Officer of Oilserv Limited, Engr Emeka Okwuosa.

A project status update made available shows that the scope for Lot B is currently more than 80% delivered.

Engr Okwuosa said: Oilserv is on course to complete its scope by March 2018. This includes the completion of works relating to†survey verification, bush clearing, welding and backfilling of its 65km stretch of pipeline.

He added that, “Oilserv has also successfully crossed 15 major roads with width ranging from 5.02 meters to 26.73 meters via Thrust-Boring mechanism. Using horizontal directional drilling technology, it has also crossed 2 major rivers- 642meters of Asimiri River, and 724meters of Ethiope River. It is currently completing the crossing of the 1,200metres Jamieson River.

The excitement about the steady progress being made should not be lost on the nation. First, the dark days of power outage are fast coming to an end. The multiplier effect on industrialisation and economic growth is momentous. Second, this is the first time that the engineering design, and construction of the pipeline infrastructure system of this scale is being handled by purely indigenous EPCIC company.

Frazimex Engineering handled the entire Engineering design for the 127km x 65î pipeline system. It is a plus in the drive to build local capacity in the capital-intensive and technology-dominated industry.

This excitement is not lost on NNPC who has expressed strong satisfaction about the progress the company has made on the project.

The journey of Oilserv as the leading Indigenous EPCC company in this sector has its roots in a number of many first achievements. It is the first and only Nigerian company to fabricate, install and commission the largest oil manifold station (36inch TNP Ebulu Manifold for SPDC). It is also the first Nigerian company to successfully execute pipeline repairs using Cofferdam and repair work using Hot Tap.

When OB3 is completed, it will yet represent another ìfirstî in the feathers of Oilservî, Okwuosa enthused.

In the gloom of the economic recession, this is a cause to believe that the nation is on the cusp of a major economic revolution. All thanks to the hard-working Nigerians in NNPC and its contractor companies who are working tirelessly to deliver this project.