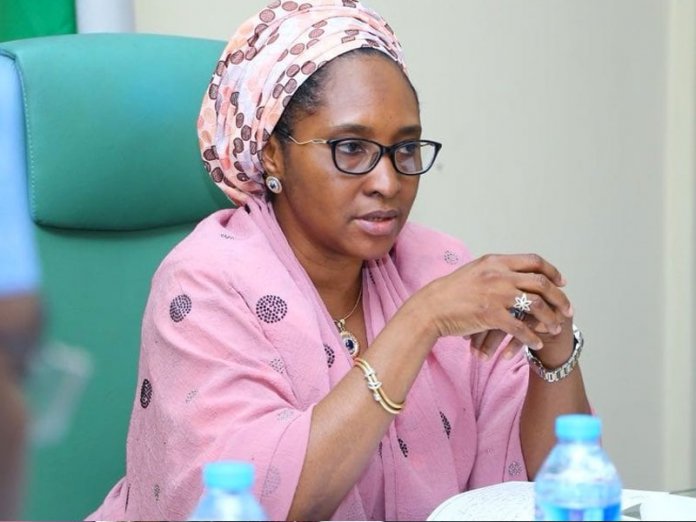 Minister of Finance, Budget and National Planning, Mrs. Zainab Ahmed, has said that there is no provision in the 2021 Budget to fund the acquisition of COVID-19 vaccines.

The minister, during a virtual presentation of the 2021 Budget in Abuja, however, explained that the federal government is working on the type and quantity of COVID-19 vaccines to procure, while her ministry and the Ministry of Health will meet to finalise an amount to be allocated to vaccine procurement within the next two weeks.

Also, the 2020 Finance Act recently signed into law by President Muhammadu Buhari has exempted workers within the minimum wage bracket of N30, 000 from personal income tax.

The Act, which amended no fewer than 14 different fiscal laws, now extends the implementation of the Public Procurement Act to the National Assembly and the judiciary.

Nigeria is expected to receive about 100,000 doses of the Pfizer and BioNTech approved COVID-19 vaccines by the end of January.

In addition, the country, under phase two of its COVID-19 vaccination scheme, will get 42 million extra doses of vaccines through the COVAX facility.

The federal government is targeting to vaccinate about 40 per cent of Nigeria’s population in 2021.

Ahmed expressed the commitment of the National Assembly to provide a supplementary budget for additional spending on COVID-19 vaccines, if needed.

She said: “We agreed that the effort needed to be done so that we have clarity as to whether the provisions in the budget will be adequate or we have to make additional provisions by way of a special supplementary budget to make more provisions for COVID-19 vaccinations.”

Responding to a question on whether there was a provision for fuel subsidy in the 2021 budget, Ahmed stated that no such provision was made for it.
She also foreclosed subsidy on electricity due to the recent suspension of the hike in electricity tariff.

The minister, however, added that the Finance Act, among others, exempts workers within the N30,000 minimum wage bracket and below from personal income tax deductions.

According to her, another key provision in the Act is the exemption of all micro and small companies earning N25 million or less as annual turnover from paying the Tertiary Education Tax.

She said: “The key guiding principle of the Finance Act 2020 is to ensure that there is a balance between broader macroeconomic strategies to attract investment, grow the economy, create jobs as well as provide immediate fiscal strategies for accelerated domestic revenue mobilisation, in response to the COVID-19 pandemic and the domestic / global economic downturn.

Ahmed added that the 2020 Finance Act also provided for the establishment of a N500 billion crisis Intervention Fund as well as other sources approved by the National Assembly to fund the federal government’s expenditures.

Proceeds from unclaimed dividends of listed companies and unutilised amounts in dormant bank accounts outstanding for six years or more will also be channelled to the fund.

The unclaimed dividends and bank balances are subject to a perpetual trust to be managed by the Debt Management Office (DMO), with governing council to be chaired by the finance minister and co-chaired by a nominee from the organised private sector who is of impeccable integrity and reputation.

Ahmed, however, added that genuine beneficiaries will be able to claim their funds back from the federal government at any time.

Speaking on the performance of the revised 2020 Budget, the minister said the federal government expended a total of N1.8 trillion on the execution of capital projects.

According to her, the N1.8 trillion represents about 89 per cent of the total provision for capital projects.

She explained that out of the amount spent, N118.37 billion was released for COVID-19-related capital expenditure.

Ahmed said while the federal government projected N9.97 trillion expenditure for 2020, it spent about N10.08 trillion, representing 101 per cent performance.

On the key assumptions of the 2021 Budget, the minister said the parameters were arrived at after a careful analysis of external domestic trends.

She added that crude oil production is projected to increase from 1.80 million barrels per day (mbpd) in 2020 to 1.86mbpd in 2021, as economies recover from recession, and moderated by the Organisation of Petroleum Exporting Countries (OPEC) quota agreements.

To promote fiscal transparency, accountability and comprehensiveness, she said the budgets of 60 Government-owned Enterprises (GOEs) are integrated in the federal government’s 2021 Budget proposal.

“In aggregate, 30% of projected revenues is to come from oil-related sources while 70% is to be earned from non-oil sources. Overall, the size of the budget has been constrained by our relatively low revenues,” she added.

According to her, the 2021 aggregate federal government expenditure (inclusive of GOEs and project-tied loans) is projected to be N13.59 trillion, which is 25.7 per cent higher than the revised 2020 Budget.

Also, the recurrent (non-debt) spending is estimated to amount to N5.99 trillion, representing 44.1 per cent of total expenditure, and 13.3 per cent higher than the 2020 revised estimates (mainly reflecting increases in salaries and pensions).

The minister also explained that the deficit of N5.6 trillion will be funded via domestic and external borrowings of N2.34 trillion apiece.

She said N2.5 billion is also expected as privatisation proceeds.

The budget also has an aggregate capital expenditure of N4.37 trillion or 32.2 per cent of total expenditure, which is 62.9 per cent higher than the 2020 Revised Budget, inclusive of capital component of statutory transfers and GOEs.

In his contribution, the Director General, Budget Office of the Federation (BoF), Mr. Ben Akabueze, said the country was expecting donations of COVID-19 vaccines to cover 20 per cent of its population while 50 per cent would be acquired to achieve herd immunity.

Reacting to the 2021 budget provisions, the President of the Capital Market Academics of Nigeria and former Commissioner for Finance in Imo State, Prof. Uche Uwaleke, said while other parameters underpinning the budget are realistic, those of the exchange rate and GDP are not.