The Kogi State government yesterday allayed fears of the state environmental workers as  government had no plans to lay off any staff or outsource their job to private organisations. 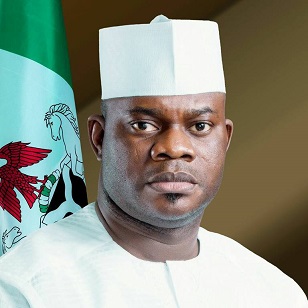 The Commissioner for environment and Natural Resources, Mrs.  Rosemary Oshikoya made this known while addressing newsmen on environmental and health workers union’s threat of industrial dispute with the state government over plans to  engage the services of private licensed sanitary inspectors in the state.

According to her,  “the state government will sign a private partnership agreement next week that will see private investors actively involved in premises inspection across the state.”

The union had argued that the involvement of private premises inspectors was never discussed with the Union and so had seen it as an attempt to take over their responsibility and render them redundant.

However, the commissioner said it was a misconception on the part on the Union to think that government was out to render them redundant when in actual fact government t was involving the private partnership arrangement to train them within a period of time to attain required license that would qualify them for premises inspection as required by relevant environmental laws.

According to her, it was also not true that the Unions were not carried along in taking the decision when the chairman was part of the committee that had been deliberating on the issue.

Oshikoya said that the New Direction Blueprint clarified on the role of PPP in delivering on its targets for the sector.

She noted that Kogi State waste management Board law 2013 and the PPP law 2014 empowered the state to engage PPP in the sector, adding that the PPP process included adequate stakeholder sensitisation and engagement which in addition to media engagements including the first ever state convened stakeholder meeting in December 2016 where EHOs and stakeholders and EHOs, from LGAs, State, Federal levels and the Registrar EHORECON, KWASU, UNN, FUL, SHT Idah, and EHOAN experts participated.

This, she said, was followed by meetings with traditional institutions and community stakeholders by federal constituency in 2017.

Also speaking,  the Director General of Bureau of Public Private Partnership (PPP) Mr.  Bob Atlanta  explained that the participation of the private sector in environmental health monitoring (premises inspection) would among other things, contribute to capacity building and on the job training of EHOs currently in the civil service.

It would, she continued, improve residents protection and responsiveness and improve environmental safety and protection for the people through enforcement, strengthen the capacity of government institutions to deliver on their mandate at a cheaper cost- the law recommends that each premises be inspected at least once in three months by licensed environmental health officers of which the State currently had gaps.

It would in addition, she said, improve the capacity of the sanitation and waste management board to enforce its laws, since only license EHOs could carry out certain functions, and the state have very few of such, PPP reduces for government the increased cost of overhead and encourages EHOs to study and obtain necessary qualifications to practice with additional support from partners with reduced training costs.

He said that the insinuation that private sector involvement was ‘privatization’ of Kogi waste management board KGSSWMB and also that EHOs currently in the civil service would be rendered redundant was mischievous and unfounded.

“All interested stakeholders are kindly urged to note that the proponents of the ill-conceived misinformation do not mean well for the people, the investors or the government and are therefore encouraged to see the smoke and persuade such persons to clarify the facts and details with the ministry.” he said.