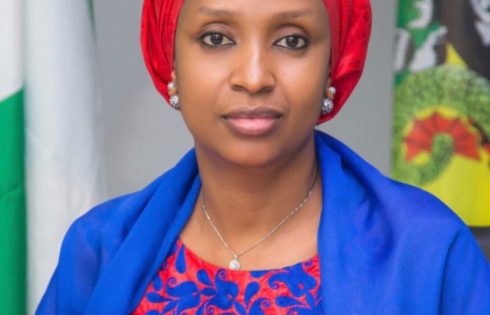 Managing Director of the Nigerian Ports Authority, Hadiza Bala-Usman, has engaged consultants to determine the level of investment needed to improve the infrastructural capacity of the Port Harcourt port.

She disclosed this while hosting members of the House of Representatives Ad-hoc Committee on Ports and Harbours in her office in Lagos, a statement signed by the General Manager, Corporate and Strategic Communications, NPA, Mr Jatto Adams indicated.

Bala-Usman  said in keeping with President Muhammadu Buhari’s  administration’s mandate on the ease of doing business, the management of the NPA was working with all relevant stakeholders towards tackling the challenges that hampered patronage of the eastern ports.

She enumerated issues that discouraged vessel owners from patronising the eastern ports to include the level of insecurity on the waterways, shallow depths which hinder the movement of big vessels as well as the problems of poor access roads and rail linkages to ports in the area.

On the issue of draught limitations, the NPA MD explained that following the approval of the contract by the Federal Executive Council in 2018, dredging works were carried out to move the Warri channel draft to 7.5 metres.

She added that the agency had also granted all requisite approvals for the construction of the Lekki Deep Seaport.

She said further that NPA was awaiting response from the promoters of the Badagry Deep Seaport to enable conclusion on the final outline business case for the project.

According to her, the maritime industry is becoming more increasingly disposed to patronising deep seaports which allow for big vessels and aid economies of scales.

Only deep seaports could guarantee Nigeria’s future market share in the global maritime industry, Bala-Usman pointed out. On security, she explained that the NPA was purchasing patrol boats and working with the Nigerian Navy, the Nigerian Maritime Administration and Safety Agency and the Port Police Command to combat crimes on the nation’s waterways.

She expressed concerns about the state of port access roads in the country, saying that the NPA had drawn a list of such roads and written to the Federal Ministry of Works and Housing about the need to prioritise their rehabilitation.

According to her, the ministry has commenced implementation of this process with the recent award of the construction of Ikom Bridge, which is a key road connecting Cross River State to the North Eastern part of the country.

Bala-Usman expressed optimism that these steps would.provide better linkage to the hinterland and attract more business to the eastern ports.

Earlier, the Chairman of the Ad-hoc committee, BubaYakub, explained that the committee was on a fact-finding mission to find out  why the eastern ports were not working as optimally as the western ports and how much that affected national development.

Yakub noted that the assignment would take his committee round all the ports and at the end of the day, generate a blueprint that would improve patronage of the eastern ports and prevent agitations from host communities.