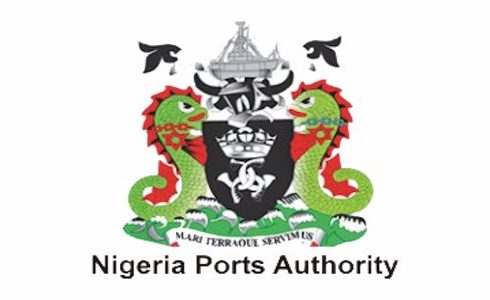 The Nigerian Ports Authority (NPA) has made over N180 billion from  dredging and equipment management over the last four years, it was learnt at the weekend.

The revenue, it was gathered, was made possible through the Joint Venture (JV) business agreement the NPA entered into with DEPASA Marine International.

The JV agreement, findings revealed, has an initial duration of 15 years, which is renewable by mutual consent of the two parties. The name of the JV is Lagos Channel Management Limited (LCM).

It was gathered that NPA has a share capital of 60 per cent of the business while DEPASA has 40 per cent.

But the Association of Nigerian Licensed Customs Agents (ANLCA) has faulted the JV terms, arguing that it was designed to remain in the hands of foreigners for a long period and urged the new board of the agency to address the anomaly.

A senior official of the Federal Ministry of Finance (FMoF), who does not want to be named, said the yearly NPA direct savings from dredging and equipment management through the JV is over $10million, while the expected total yearly saving is over $102million. The amount to about N45billion yearly

The JV, the senior official said, has also contributed as withholding tax and Value Added Tax (VAT) an average of $3million yearly to the public coffer in the last four years.

The FMoF official said the estimated gross revenue from ship dues is over $124million, while the estimated yearly operation cost of the JV is over $31million.

NPA, it was gathered, was able to generate a huge cash because of the policies adopted by its  Managing Director, Ms Hadiza Bala Usman.

“When we looked at the dollar amount, the NPA was able to save through its dredging activities and equipment management, we discovered that it was over $112million annually.

“We are happy that the management of NPA has put to good use its Joint Venture agreement with DEPASA to boost the economy.

“We, in the Ministry of Finance, sincerely appreciate the relentless efforts of Ms Hadiza Bala Usman and her management team in restructuring the organisation, which has assisted in achieving optimal operational efficiency in the ports and boosted government revenue,” the official said.

Vice-President, ANLCA Dr Kayode Farinto said the JV was designed to remain in the hands of foreigners for a long time and urged the new board of the agency to address the anomaly.

“The newly appointed board and the management of NPA must go back and study the JV agreement very well, and correct where they made inadvertent mistakes for the agency and the country to regain its lost glory in the management of ports operations,’’ he said.

“No wonder, the Federal Government of Nigeria in line with its policy on Port Reform, was desirous of promoting private sector investment and participation in the development and operation of public utilities and infrastructures,” he said.

Under the NPA’s enabling Act Cap N126, Law of the Federation of Nigeria, 2004, Farinto said the agency is charged with the responsibility of exclusive maintenance of the channels that provide access to the nation’s sea ports and may carry this out through any other person authorised by it.

“‘The NPA is empowered by law to safeguard an optimal nautical access through Lagos Channel to the Lagos Ports with a view to securing safe and efficient operations,” he said.