..  ..Olokola which is to be jointly owned by Ondo and Ogun States, no communication has been received for now..

As Nigeria government and her agencies are seeking for job creation opportunities and grows economics for the country,  Nigerian Ports Authority (NPA) has expressed willingness to collaborate with Ondo State Government on its deep sea port project proposed as an avenue for increased maritime activities to support economic growth. 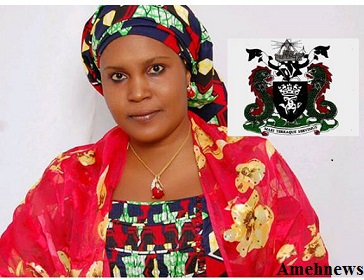 The NPA General Manager in charge of  Corporate and Strategic Communication, Adams Jato, disclosed this during an interaction with reporters on the sidelines of a recent public hearing at the House of Representatives on why some ports are not put to maximal use.

Jato said the Authority  has received communication from the Ondo Government in respect of the Ondo Deep Seaport Project and that NPA will support efforts to boost national economic growth, job creation and investment opportunities through port activities

Speaking further on Olokola Deep Seaport project, he said there are no submissions to NPA on it for now, either from Ondo or Ogun State Government.

“Ondo State Government has written to us on its Ondo Deep Seaport project and we are willing to partner with them on the Proposed project.

” There are two ports project being talked about there, one is Ondo Deep Seaport while the other is Olokola Deep Seaport project. For the second one in Olokola which is to be jointly owned by Ondo and Ogun States, no communication has been received for now..

NPA told an Ad-hoc committee of House of Reps that its recent ten percent tariff reduction, corporate social responsibility activities and development of port infrastructures at fairway buoys and berthing areas were aimed at increasing traffic

Akeredolu while receiving the report said “We are doing things for generation to come. I have always believed that there should be a beginning, and as we have started, there is no going back. In the number of years that we will be here, the government would pursue the port.

“I was privileged to travel with President Muhammadu Buhari to The Netherlands. We went on a boat and visited the ports, immediately I told him, if anything like this must happen in Nigeria, it must be in Ondo State.”

He added that besides that, the president had said it several times that he knew that Ondo would be the right place for a Deep Sea port.

Akeredolu said: “We should not play politics with everything. It’s not our making, but providence has put us where we are today, which is near water, and the best place to have a Deep Sea Port,”

He further explained that his administration’s dream for the port is to serve as a conduit for goods from across Nigeria, and not only in Ondo State.

The governor added that the state was only meant to prepare the ground, and do the feasibility and bankability of the port for the Federal Government.

He explained that Ondo alone couldn’t build the port, adding that there are many people who are willing to invest in it.

He listed the prospective investors to include “the Chinese, Dutch and others, because it would be a West Africa port, and not just for the country.