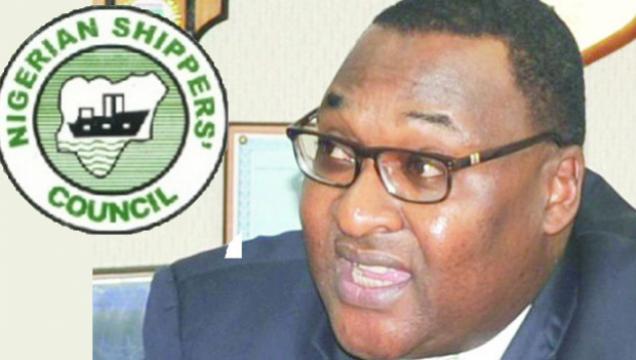 In an efforts at streamlining port operations in Nigeria, Nigerian Shippers Council, NSC, has reiterated its commitment to boost national revenue accruable to the federal government by eliminating the challenges of under declaration of cargoes through the introduction of a Security App known as Cargo Tracking Note.
The Council disclosed this recently as parts of its plans to intensify efforts at streamlining port operations in Nigeria.
According to the Executive Secretary of the Council, Mr. Hassan Bello “The most important thing in the 2019 budget, is the Cargo Tracking Note. It is what will allow Nigeria to know what comes in. It is a security app that will be a manifest, that whatever comes into Nigeria is transmitted electronically even at the point of loading.”
He disclosed further that under declaration is a major factor affecting revenue generation in the ports. He also revealed that 80% of goods coming into the country are under declared.
In his words, “It is alarming to know that 80 per cent of the goods coming into Nigeria are under declared. In that case, if we apply the Cargo Tracking Note, it serves three purposes. It will increase revenue by Customs, increase revenue for Nigeria Port Authority (NPA) and also by NIMASA and other affiliated agencies. Revenues of Customs will triple immediately because there is no under declaration. Secondly Nigeria will be abreast of whatever is coming to its shore and there will not be smuggling of dangerous weapons that we have all over the country now,’’ Bello said.
Bello emphasized that the Cargo Tracking Note will serve as data, which is very important for government planning and increase the level of credibility for prospective investors.

“We hope that this year we will start applying the cargo tracking note and it will enhance Ease of Doing Business at the port. 2019 is a very busy year with a lot of promises and hopes to deliver the Jos Inland Dry Port. We also intend to address squarely the issue of charges by shipping companies/terminal operators.
“NSC is going to be more involved in port operations. We are going to have a supervisory role in the clearance of cargoes. We are going to inspect how cargo is cleared, so that we will monitor operational efficiencies in the ports”.
He emphasized that the Council will strengthen its relationship with security agencies and collaborate with other Federal Government Agencies as the Council carries out its Regulatory duties in Nigerian Ports and Terminals.

Kindly Share This Story:We are excited to announce to you that SIFAX Group has won…