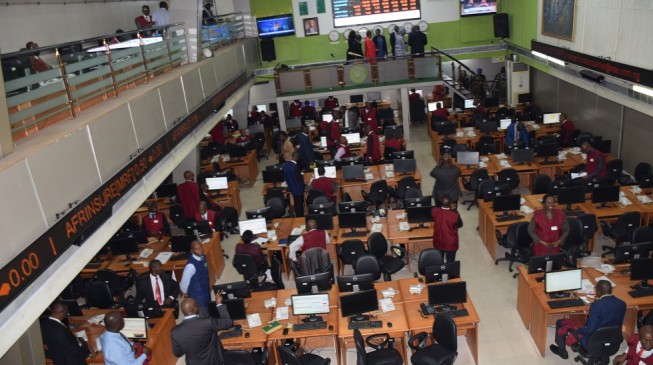 This occured on Tuesday after the Central Bank of Nigeria monetary policy committee voted to hold key interest rates at 14 percent for 12 months consecutively.

The MPC also decided to hold cash reserve ratio (CRR) and liquidity ratio be maintained at 22.5 percent and 30 percent respectively.

According to the data provided the Nestle recorded the highest gain for the day,  increasing by N8 to close at N910 per share.

On the other hand, Nigerian Breweries recorded the highest price loss, leading the losers’ table with a loss of N3.40 to close at N155.60 per share.

In spite of the hike in market indices, the volume of shares traded dropped marginally to 288.58 million shares valued at N2.46 billion exchanged in 2,578 deals.

The top volume traded of the day went to UBA with highest volume of activities,  exchanging 118.45 million shares valued at N1.20 billion.