……Transcorp Hotels Plc Closure of Register for the Year ended 3 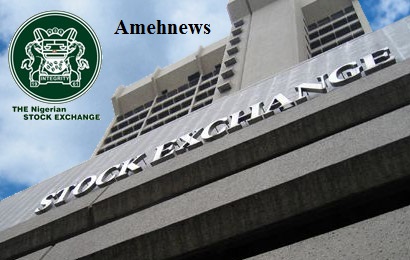 The Management of the Nigerian Stock Exchange (The Exchange or NSE) on Friday 15, 2019 even of postponed national election reported a total turnover of 2.834 billion shares worth N28.138 billion in 28,739 deals were traded this week ended on Friday, February 15, 2019 by investors on the floor of the Exchange in contrast to a total of 1.894 billion shares valued at N26.884 billion that exchanged hands last week in 19,213 deals.

According to the report all indices of the NSE finished higher showing that the market is confidence in the electoral process.

The Financial Services Industry led the activity chart with 2.261 billion shares in volume valued at N20.117 billion traded in 17,838 deals; thus contributing 79.76% and 71.49% to the total equity turnover volume and value respectively. 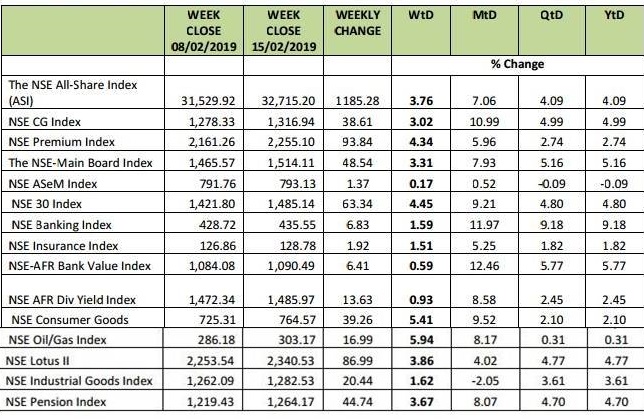 Year – to -date data are almost in accord while only NSE ASeM Index that recorded negative, will affirmed with the postponement of the election? let us wait and see the next week report.

“Also traded during the week were a total of 1.271 million units of Exchange Traded Products (ETPs) valued at N9.782 million executed in 7 deals compared with a total of 6,590 units valued at N55,711.29 that was transacted last week in 2 deals

“Total of 1,460 units of Federal Government Bonds valued at N1.472 million were traded this week in 9 deals compared with a total of 2,668 units valued at N2.886 million transacted last week in 14 deals.

“The NSE All-Share Index and Market Capitalization appreciated by 3.76% to close the week at 32,715.20 and N12.200 trillion respectively. Similarly, all other indices finished higher.