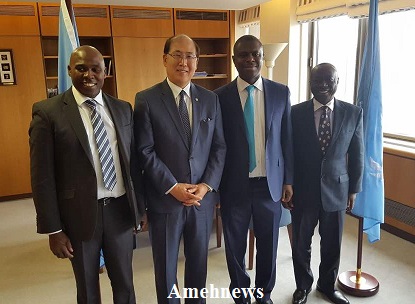 The Chairman of the Association of African Maritime Administration (AAMA), Dr. Dakuku Peterside has called for increased representation of the continent on the International Maritime Organization (IMO), Council and its Secretariat.

Dakuku who made the appeal when he led a delegation of some members of AAMA Executive Committee to meet with the IMO Secretary General, Mr. Kitack Lim at the Organization’s Headquarters in London, said that there was the need for Africa’s proportionate representation to commensurate with the size of the continent’s membership of IMO.

According to the AAMA Chairman, “you will agree with me that the number of African Nations at the council of the IMO is disproportionate to the size of the continent’s representation at the global maritime body, therefore to drive Africa’s maritime sector development agenda, there is need for a proportionate and effective representation of the continent in council and at the secretariat”, he said. 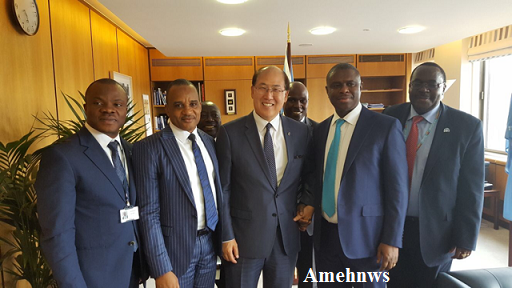 Dr. Dakuku who is also the Director General of the Nigerian Maritime Administration and Safety Agency (NIMASA) noted the various initiatives embarked upon by the AAMA leadership including cooperation by the member nations in capacity building, to impact on the continent’s maritime sector.

While commending the IMO for the technical support so far extended to members on the African continent, Dr Dakuku solicited for a Memorandum of Understanding between the IMO and AAMA to have an integrated position, adding that this would aid a lot of African countries needing technical support.

In his response, the IMO Secretary General, His Excellency Mr. Kitack Lim commended the African Maritime Administrations for their high level organization and a proactive leadership of AAMA with a drive towards ensuring that Africa Maritime sector remains viable.

He urged African Nations to continue working closely to remain a formidable block that would be of influence in decision making at the IMO.

Mr Kitack Lim noted that he is from a developing country despite the recent successes of his home country so appreciates the African position. He pledged to continue to champion greater assistance to developing countries so they will benefit more from global maritime trade. He promised to Liaise with technical staff of IMO and get back to AAMA on the various requests made.

Mr. Juvenal Shiundu, a Director in IMO of Kenya origin and Mr. William Azuh, Head of IMO technical section for Africa joined the Secretary General of IMO to receive the AAMA delegation.

The AAMA team also recently met with representatives of African countries at the International Maritime Organisation (IMO), under the auspices of African Maritime Advisory Group (AMAG) at the IMO Headquarters in London.