The called contains in communiqué released at the end of a meeting of Central Working Committee (CWC) of Nigeria Union of Journalists held at Abakaliki, Ebonyi on February 17, 2017 which was emailed to amehnews online. 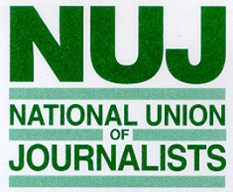 According to the statement, which was signed by Shuaibu Usman Leman, WalinShadalafiya National Secretary of the association disclosed that the meeting was in attendance national officers of the union from across the country resolved as follows:

(1) That the Federal Government should  find alternative means of transporting petroleum products across the country to curb loss of life and property occasioned by increasing fuel tankers accidents.

(2) The Union commends the Federal Government for initiating the whistle blowing policy that is helping the fight against corruption and recovery of looted funds and appeals that the funds be channeled into promoting maternal health.

(3) The Union upholds the clamour for the review of National Minimum Wage by Organized Labour in line with the current economic realities.

(4) The CWC notes that the Union is groaning under financial burden occasioned by non remittance of check-off dues by State Councils and called on the State Councils to be alive to their constitutional responsibilities, as any Council that owes three months’ check-off dues will be sanctioned accordingly.

(5) The CWC frowns and condemns in strong terms the increasing cases of unverified news which is under-mining the integrity of the Union and the profession and further disassociates itself from such unprofessional conduct and calls on security operatives to deal decisively with anyone who engages in the practice.

(6) The CWC commends the Kaduna State Council for holding a peaceful bye election as well as for suspending Comrade Garba Muhammed, Abubakar Abba, and Balarabe Lawal Zaria, for engaging in unprofessional activities bringing the Union into disrepute.

(7) The CWC notes with satisfaction the infrastructural transformation on-going in Ebonyi State, particularly road construction, street lighting and commended the state Government for its assistance.