……… pipeline vandalism is taking a toll on their operations 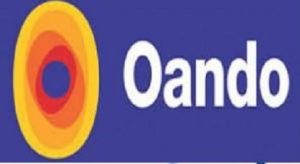 Oando Gas and Power (OGP), a subsidiary of Oando Plc, said it has decided vested interest in captive power plants and focus its ambition on expansion of gas infrastructure.

Speaking on the sideline of 16th Nigeria Oil and Gas Conference and Exhibition in Abuja recently, the Managing Director, OGP, Bolaji Osunsanya, stated that “As portfolio developers, we’ve divested from our captive power plants and aggressively focused on the expansion of our Gaslink franchise which serves over 160 industrial and commercial customers across the Greater Lagos area.

“Our Joint Venture subsidiary with the Rivers State government, Central Horizon Gas Company, is poised to complete an additional 9km of pipeline infrastructure within the Trans-Amadi area by the end of first quarter of this year.

However, Osunsanya said his company is set to take the Final Investment Decision (FID) on its planned multi-million $20 million standard cubic feet per day (mmscf/d) mini-liquefied natural gas (LNG) plant to be located in Ajaokuta, Kogi State, before end of June.

He said after taking the FID, construction of the facility would begin in the third quarter of the year.

He stated that the essence of building virtual in the Ajaokuta mini-LNG is to create other ways of bringing natural gas to industrial and commercial concerns because pipeline vandalism is taking a toll on their operations.

OGP is developing LNG facility via its newly-created Transit Gas Nigeria Limited (TGNL) subsidiary in partnership with Nigerian Gas Company (NGC). The facility aims at meeting the gas supply requirements for captive power plants, embedded generation, and industrial clusters in the Northern region, as well as stranded customers in the South.

Osunsanya also said the firm has developed over 260km of gas pipeline distribution network, and pioneered the development of gas infrastructure and solutions across southern Nigeria, adding that the company has divested from its captive power plants.

“OGP targets to increase gas sales levels from an average volume of 47mmscfd in 2016 to about 70mmscfd in the year. It also expects to complete and commission projects such as Greater Lagos 4 (GL4), and Central Horizon Gas Company (CHGC) expansion as well as aggressive regional expansion opportunities into Benin, Togo, Ghana, and Senegal,” he said.