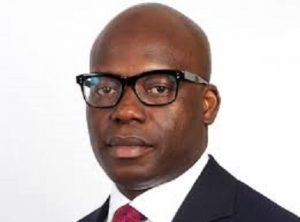 Oando operated in 2016 with a reinvigorated strategy of growth, deleverage and profitability  to recorded N3.5 billion Profit After Tax (PAT) in its full year operation, ended 31 December, 2016 from the loss in 2015. The successful implementation of these initiatives is the rewards in the company’s financial year 2016 results which stood at a N3.5 billion profit-after-tax, representing a 107 per cent increase .

A further review of the company’s results shown positive performance across all financial indices, for instance, turnover increased by 49 per cent to close at N569 billion from N382 billion in 2015, accounts for N187billion representing 48.95 percent increase.

Commenting on the result Wale Tinubu, Group Chief Executive, Oando PLC,  said: “2016 saw the country plunge into a recession, the first in over 2 decades, besieged with liquidity constraints, devaluation of the naira and a slump in oil earnings due to low oil prices intensified by the insurgency in the Niger Delta. We were proactive in the timely execution of our restructuring program of Growth in our upstream division; Deleverage, through divestments resulting in a net debt reduction of N125 billion; and Profitability by focusing on dollar denominated earnings.

“In the first quarter of 2016 the company successfully restructured its existing obligations through a N108 billion Medium Term facility with a syndicate of 9 leading local banks. It also completed the full divestment of its Upstream Services business (Oando Energy Services) and the recapitalization of its downstream business to Helios Investment Partners, a premier Africa-focused private investment firm and the Vitol Group, the world’s largest independent trader of energy commodities to the tune of $210 million.”

Tinubu pointed out that the recapitalization of Oando’s downstream operations represents the largest inflow of foreign capital in a single transaction in the oil and gas sector in 2016.  This strategic initiative is positioned to revolutionize Nigeria’s downstream sector and create one of Africa’s largest downstream operations. In furtherance of Oando being the partner of choice to foreign investors, the company concluded 2016 with the partial divestment of its midstream business, Oando Gas & Power Limited to Helios Investment Partners, a premier Africa-focused private investment firm for $115.8 million.

“In the, Upstream we witnessed a decline in production but an increase in our 2P Reserves from 445mmboe in 2015 to 469mmboe.  We are hopeful that the FGN will establish a long term resolution to the conflict in the Niger Delta which will positively impact the oil and gas industry, consequently ramping up our daily production.  In the Midstream we concluded the partial divestment of Oando Gas and Power (OGP) to Helios Investment Partners to further expand our gas footprint, whilst in the Downstream our trading business continued to make in-roads in crude lifting” he said.

According to him “Today, Oando has significantly reduced its net debt from N355.4 billion in 2015 to N230.6 billion, signalling a further reduction in the company’s debt overhang, a situation critiques have often considered detrimental to the Group. Amidst the terrain Oando recorded other operational milestones. In its upstream business, Oando Energy Resources, hedged approximately 46% of crude production as at December 31, 2016, 9,590 bbls/day was hedged at $65/bbl (average) with expiry dates ranging from July 2017 to January 2019, and further upside on the condition of certain price targets being met.

The company increased its 2P Reserves by 5% from 445mmboe in 2015 to 469.3mmboe due to reservoir performance and committed to the sale of its interests in OMLs 125 and 134 to the Operators for cash proceeds of $5.5m and assumption of $88.5m in cash call liabilities due to the joint ventures.

In its Midstream business, Oando Gas and Power concluded the sale of Akute Independent Power Plant for a transactional value of N4.6bn and is in the completion phase of its 8.3km Greater Lagos 4 pipeline project culminating 3 rover crossings and the deployment of advanced technology extending OGP’s gas footprint from the Ijora area of Lagos State through to Marina Business District; enabling improved utilisation of its 100mmcf/d per day gas distribution capacity.

In Downstream, Oando Trading posted revenues of $1.4 billion from newly created revenue streams and a commendable 4 year high for the international trading business. Speaking on outlook for 2017, Tinubu said: “As we enter a new phase in our business evolution we are optimistic about 2017 and look forward to even more successes having braved the challenges of 2016.”