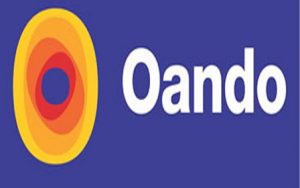 Indigenous oil firm, Oando Plc, has initiated plans to raise $1 billion as equity for the expansion of its gas and power subsidiary across the country and the West African sub-region. Chief Executive of Oando gas and power, Bolaji Osunsanyan, disclosed this during a chat with newsmen in Abuja.

He said that Oando raked in $115.8 million from sale of 49 per cent stake in Oando gas and power to Helious Private Equity Funds. Stating that the company was raising capital to fund its expansion plan, Osunsanya said that the company’s expansion would get to Senegal and other countries in the region with gas needs.

He said: “We will reach out beyond the terminal peak of West Africa Gas Pipeline (WAGPC) to Senegal and other countries in the region with gas needs.”

“We have brought in Helious Private Equity Funds into our company (Oando gas and Power) to own 49 per cent; two per cent is owned by Helious relation and the remaining 49 per cent is own by Oando Plc.” Helious, Osunsanya said, bought the stake with $115.8 million.

He said: “We are getting capitals from all these to fund our expansion plan. Helious is also an investor in the downstream with Oando, so, we are familiar with the profile of the company.

Giving an overview of the company’s expansion plan, he said that with “$50 million, we are building a 20 million scuf per day mini- Liquefied Natural Gas LNG facility in Ajaokuta. Gas for this facility will come from multiple sources.”

Besides, the company, he added, is planning a 25 per cent increase in gas supply. It had already taken a Final Investment Decision (FID) on 20 million scuf Ajaokuta mini- LNG plant. Telegraph

The Man Who Sat On The Tor Tiv’s Throne