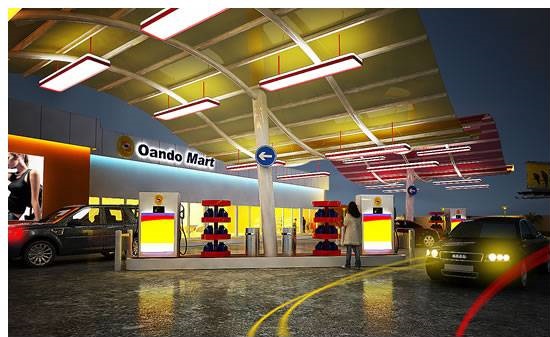 Perhaps on that note that the stock market price had gained N117 billion by Tuesday this week to extend a bullish eight-day run, while Oando rose by 131%, its highest level in 18 months.
According to him, while presenting the firm’s Facts Behind the Figure at the NSE, the firm would hit the market once the volatility in market fully come down and Forex intervention by the Central Bank of Nigeria (CBN), fully converge, “You know market has a lot of potential but what actually kept investors from the market is the volatility, but the volatility in the market is coming down and exchange rates are converging, as soon as CBN merge the rates, better for us because you will see the market rebound and investors coming”.

Analysts are of the opinion that the upbeat performance in the equities market was mainly driven by solid Q1 2017 earnings, as well as the knock-on effect of improved foreign exchange liquidity.

Oando’s return to profitability and increase in share price is indicative of the successful implementation of its corporate initiatives focused on Growth across its operations; Deleverage via the divestment of non-performing assets; and Profitability, by focusing on dollar-denominated export earnings.

Tinubu said, “The challenge we faced was the economic and sector downturn, we came clean to the market, created a 5-point plan and successfully delivered on every part of that plan.”

Managing director yesterday said that the company would seek approval from the Federal Government for the refurbishment of one or two refineries.

The Company’s facts behind the figures at the Nigerian Stock Exchange (NSE) in Lagos, show that refurbishment of the refineries would enable the country to end fuel importation.

Tinubu stated that the company would take advantage of its indigenous status by participating in the Federal Government bid.

He added that militancy was affecting its production in the Niger Delta and that 2016 was also a challenging year for companies due to foreign exchange challenges adding that the company contended with problems of liquidity constraints, Naira devaluation and a slump in oil earnings due to low oil prices as well as insurgency in the Niger Delta.

According to him, the company has mapped out strategies to mitigate the foreign exchange challenges, as 90 per cent of its earnings focus will be on dollar, while 10 per cent will be in naira.

Mercy Aigbe: How my ex-boyfriend beat my like a drum – BBN star, Cocoice