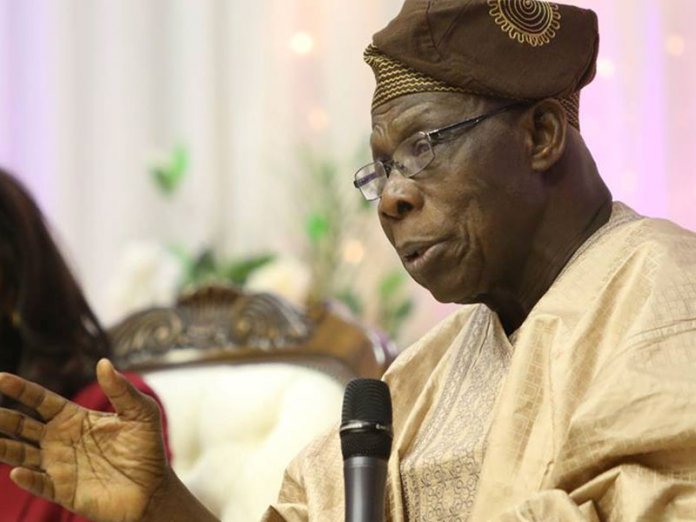 As former President Olusegun Obasanjo threw his weight behind the closure of Nigerian borders with its neighbours, the federal government has again given Benin Republic and Niger Republic conditions to be complied with before the land borders, that were closed about three months ago, would be reopened.

Briefing State House correspondents yesterday after the weekly Federal Executive Council (FEC) meeting, the Minister of Information and Culture, Alhaji Lai Mohammed, asked the country’s neighbours, particularly Benin Republic, to respect the ECOWAS protocol on transit, ensure that right duties are paid on containers and uphold the sacrosanct of the rule of origin.

He said the freedom of movement of goods from one country to another would be guaranteed only when all the various Memorandums of Understanding (MoUs) that were signed by the parties, were respected and also provided those goods were manufactured in the exporting states.

Mohammed, who briefed the reporters with the Minister of Finance, Budget and National Planning, Mrs. Zainab Ahmed, said Nigeria could no longer continue to subsidise the rest of West Africa to the detriment of its economy.

He stated that despite diplomatic effort to resolve the differences with Benin and Niger over the border closure, the three Comptrollers of Customs of Nigeria, Benin and Niger, who met on Tuesday, failed to reach a compromise on the disputes.

He stressed that the border closure was justified and necessary as Nigeria had been able to save about 30 per cent from its fuel consumption, implying that the country had been subsidising the fuel consumption of other countries.

The minister added that in the last three months, the federal government had been able to increase by 15 per cent, duties collected from import.

“All we are saying is ‘please let us respect the protocol on transit’. ECOWAS set up a protocol on transit of goods, which is very simple. If a container meant for Nigeria is dropped in Cotonou, the authorities in Benin Republic should escort the container to Customs in Seme border, and that way proper duty will be levied and will be paid.

“But what has been happening over the years is that our neigbours will transload the container, put about five containers on one truck and drive it to the border as if it is only one container that they are going to pay duties on. Worse still, less than even 50 per cent of what is meant for Nigeria will come through the approved border.

“So, what we have done and it has maximum effect, is to ask our neigbours to respect the protocol on transit; if they do that, the borders will be open. But you cannot continue to play the big brother at the expense of national security; at the expense of our national economy,” Mohammed said.

He accused the country’s neigbours of violating the rule of origin, by importing goods from everywhere and repackaging them to look as if they are manufactured in an ECOWAS country.

He added that those goods are dumped in Nigeria, describing the trend as discouraging to local manufacturers and local industries.
One her part, Ahmed expressed hope that the border closure will be resolved with Nigeria’s neigbours given the diplomatic efforts to address all contending issues.

“I need to remind us that the border closure is temporary. We have really advanced in our discussions between ourselves and our neigbours. We expect that the outcomes of those discussions and agreements are that each party will respect the protocols that we all committed to and then the borders will be open again.

“What we are doing is important for our economy. We signed up to the African Continental Free Trade Area (ACFTA) agreement; we have to make sure that we put in place checks to make sure that our economy will not be overrun as a result of the coming into effect of the ACFTA. That is why we have this border closure to return to the discipline of respecting the protocols that we all committed to,” Ahmed said.

Also speaking on the border closure, Obasanjo urged Benin Republic to change its ways for a harmonious bilateral relationship between the two countries.

A report by the News Agency of Nigerian (NAN) on Tuesday, said Obasanjo spoke at a news briefing on the margins of Policy Dialogue of African Business Associations on Implementing the African Continental Free Trade Area (AfCFTA) Agreements in Addis Ababa.
The two-day policy dialogue was co-organised by the African Union (AU), the African Development Bank (AfDB) and the African Export-Import Bank (AFREXIMBANK).

Obasanjo, who is the chair of the CoDA Board of Directors, explained that Benin’s notoriety was not new, as Nigeria had for long been enduring the practice, which undermined its economic wellbeing.

“It happened when I was president of Nigeria. I called the then Benin President, Nicephore Dieudonne Soglo, to let us meet at any of our border posts over the issue.

“We eventually met at Badagry (in Nigeria), where we agreed that Nigerian Customs would be stationed in Benin.
“They (the Nigerian Customs) are still there. We don’t have issues with goods manufactured in Benin — they are welcome.
“But as long as Benin allow dumping of goods, there will always be a problem with Nigeria,” Obasanjo said.

He noted that the Economic Community of West African States (ECOWAS) was not created to allow one country to turn itself to a dumping ground.

On AfCFTA, Obasanjo said the execution of the agreements was crucial to its success and sustainability.
“The intense support AfCFTA has received from various member states is a clear indication of its importance.

“CoDA is highly engaged in seeking success of AfCFTA and other multilateral agreements. CoDA work is informed and guided by the notion that no one has a monopoly of ideas,” he said.

He called for more actions, beyond words, adding that with fragmented 55 markets, Africa would remain a small player in the global marketplace.

Lagos to begin payment of N35,000 minimum wage this month