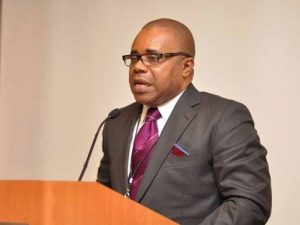 The management of OGFZA is set takes over the management of Snake Island and Ladol Free Trade Zones in less than 30 days Investment in the Oil and Gas free Zones Authority (OGFZA) is expected to hit$90 billion up from current $60 billion in the next few years .

The letter signed by the Managing Director of OGFZA, Umana Okon Umana, stated that the official take-off date for the management of the zones by OGFZ will be 30 days from the date of the letters, which is November 17, 2016.

In one of the letters with reference number FZA/SIIFZ/02/VO1/1116/001 made available to the media, the position of OGFZA was that “the authority has by virtue of the statutory provisions stated in Section 5 (2) and other relevant laws as well as the directives of the Government on the take-over of all Oil and Gas related activities within Free Zones in Nigeria, decided to carry out the full implementation of the law and the said directives. LADOL Free Zone, being an oil and gas free zone, will henceforth be licensed and regulated by OGFZA.”

Apart from the OGFZA Act which mandates OGFZA to manage the Oil and Gas free zones, Umana also cited the Free Zones (Monitoring and Regulations) Order 2014, which states that “as from the commencement of this order, the Authority (OGFZA), in addition to its functions under the Act, shall be responsible for (a) Licensing of all oil and gas free zones located with the Customs Territory; and (b) publication of all operating standards to be observed in the free zone from time to time.”

Umana also said his agency derived its powers from the White Paper on the restructuring and rationalization of Federal Government parastatals.

According to him, the Government White Paper on the Report of the Presidential Committee on Restructuring and Rationalisation of the Federal Government Parastatals, Commissions and Agencies of March 2014, states as it affects the Ministry of Industry, Trade and Investment in Section 236-237 (OGFZA and NEPZA) that: “Government rejected the merger of Oil and Gas Free Zone Authority (OGFZA) with Nigeria Export Processing Authority (NEPZA) and directs further that OGFZA be renamed Oil and Gas Free Zones Authority, Nigeria, with responsibility to regulate all oil and gas free zones in Nigeria.