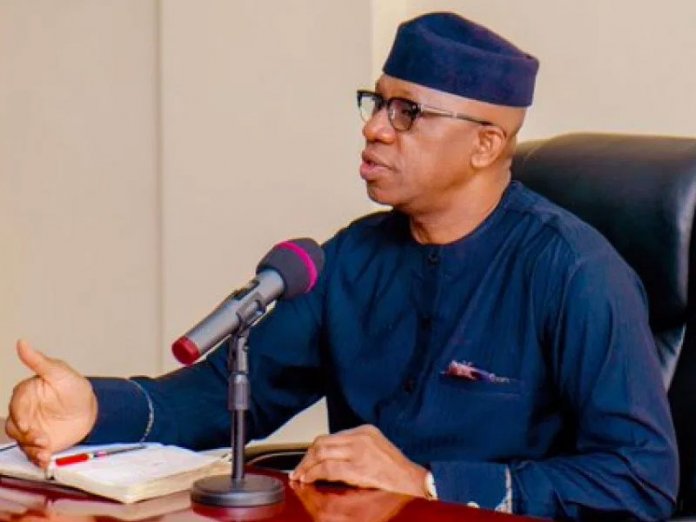 The Ogun State Governor, Prince Dapo Abiodun, monday dismissed a festering rumour that it had imposed a COVID-19 test levy on graduating students resuming in the state.

The governor, in a statement in Abeokuta, said the test, aimed at safeguarding lives in the schools, would instead, be provided free of charge by his administration.

While admitting that the cost of undergoing the COVID-19 test is capital-intensive, especially for the less-privileged, he said his administration had resolved, from the outset, to bear the cost of the test, in the overall interest of the masses.

He noted that the virulence of the disease particularly underscored the shutting of schools, worship centres and social gatherings, for months.

Abiodun said: “The state has been very apprehensive about the issue of school opening, even for exit students.
“Data from other countries, where schools have resumed, show that community transmission in school environments is a major concern.

“Even countries with stronger healthcare facilities than ours are being very cautious.

“In line with the Federal Ministry of Education recommendation and WASSCE timetable, we decided to open our schools on the 4th August 2020 for SS3 students only.

“We also put in place guidelines that would ensure that our students resume in a safe environment.

“In our pre-opening engagements with stakeholders, opening of boarding houses was discussed.

“Our state has one of the largest population of boarding students in the country, coming from all over the country. After consultations with health professionals, we concluded that testing the children for COVID-19 before admittance will reduce the risk of community transmission.

“This is to reassure parents and even teachers of the safety of everybody concerned.”

He added that there was no mercantilism intended in making the COVID-19 test compulsory in schools in the state as the ravaging effects of the virus had shaken the world community to its foundations.

He noted that it was on this premise that his administration insisted that the COVID-19 test must be carried out for all resuming students, amidst high consideration also, for the disruption to their academic progression.
“The state planned and provided testing, free of charge, for boarding students in our public schools and allowed for the management and parents of private schools to make their arrangements to get COVID tests.

“The two Ogun State-run laboratories have a capacity for about 500 tests a day and conduct free tests for traced contacts or symptomatic patients.

“To meet the additional demand for the expected number of boarding students, the statement from the Ogun State Ministry of Education, Science and Technology listed some private test centres which set up sampling points in some of our health facilities.

“These private laboratories have been accredited by the NCDC and the Lagos State Government for walk-in tests and charge N50,400 per test; but I understand that the Ministries of Health and Education negotiated this to N25,000 for boarding students in private schools that may wish to use them.

“There is no financial benefit to the state government,” the governor added.

He said after reviewing these developments, he had directed that the government laboratories carry out test for all returning SS3 boarding students at no cost.

“I have also directed that all those who had paid for tests be refunded.

“The health of our children remains our utmost priority. However, in view of the total number of boarding students to be tested (5,340 private and 500 public) and bearing in mind the limitation of our installed testing capacity of 500 tests per day, it may not be feasible for all boarding students to get tested and get their results prior to the resumption or even exams which commence on 17th August 2020,” he stated.