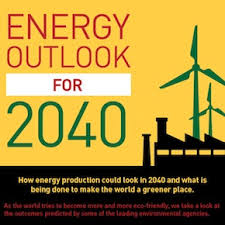 Oil & Gas is still the key energy source in the world, and there’s no sign of this changing any time soon. Petroleum remains in high demand and the price is staying low, which has made it difficult to make strategic decisions and plan for the future. Join leading Oil & Gas experts and researchers who will share their “crystal ball” of where they see the future of this industry in our conversation, we’ll discuss the rise in new drilling and oil extraction methods, why the industry has to keep innovating and some ways the leaders are winning.  We’ll discuss the future of the Oil & Gas industry, share insights on the latest market trends and give you advice on best-in-class strategies.

Ronnie Irani is President & CEO of RKI Energy Resources, LLC, a privately held company headquartered in Oklahoma City. Prior to forming this company Ronnie was President & CEO of RKI Exploration & Production which he had founded in 2005 and built into a multi-billion dollar enterprise prior to its sale in 2015. Mr. Irani has over 37 years of experience in the oil & natural gas industry.

Prior to forming the RKI companies, Ronnie was Senior VP and General Manager with Dominion Resources, a fortune 200 company. Prior to Dominion, he served in senior executive positions for Louis Dreyfus Natural Gas Corp. and Woods Petroleum Corporation both NYSE companies headquartered in Oklahoma City.

Ronnie earned his Bachelor of Science degree in Chemistry from Bombay University, India in 1977. He also holds a Bachelors and a Masters degree in Petroleum Engineering from University of Oklahoma and an MBA from Oklahoma City University. Ronnie has also completed the Executive Management Program offered by the IPAA in conjunction with Harvard University.

Mr. Bennett was promoted to Chief Executive Officer and President of SandRidge Energy, Inc. in June 2013. Prior to that, he served as President and Chief Financial Officer from March 2013 and Executive Vice President and Chief Financial Officer since January 2011. From 2010 until he joined the Company, he was Managing Director for White Deer Energy, a private equity fund focused on the exploration and production, oilfield service and equipment, and midstream sectors of the oil and gas industry. From 2006 to December 2009, Mr. Bennett was employed by GSO Capital Partners L.P. where he served in various capacities, including as its Managing Director. Mr. Bennett graduated with a Bachelor of Business Administration degree with a major in Finance from Texas Tech University in 1993. Mr. Bennett has served on the board of directors of the general partner of Cheniere Energy Partners L.P. and PostRock Energy Corporation.

C. Michael Ming currently serves as the Marketing and Technology Vice President Executive Liaison for Baker Hughes, a GE company at the company’s Oil & Gas Technology Center in Oklahoma City.  He formerly served as the Oklahoma Secretary of Energy under Governor Mary Fallin, the President of the Research Partnership to Secure Energy for America, RPSEA, and as an independent natural gas producer as a Managing Member and principal of K. Stewart Energy Group and K. Stewart Petroleum Corp.  He holds a BS degree with distinction in Petroleum Engineering and an MS degree in Engineering Management, both from Stanford University, and is a Registered Professional Engineer in Oklahoma. At Stanford Mr. Ming is an emeritus member and past Chairman of the Petroleum Investments Committee and co-sponsored the MAP/Ming Visiting Professorship on Energy and the Environment.  He also currently serves on the Oklahoma Business Roundtable Executive Committee, and the Central Oklahoma United Way and OKOGA Boards of Directors, and industry advisory boards at the University of Texas BEG, Oklahoma University, and Tulsa University.  He formerly served on the MIT Future of Natural Gas Study, as an adjunct professor in Energy Management at the University of Oklahoma, on the Stanford School of Earth Sciences Dean’s Advisory Board, and as an oil & gas strategic planning advisor to the Department of Energy.

Bob Tippee, Editor of Oil & Gas Journal, has written the weekly magazine’s editorials since 1981. Since 1996, he also has written a weekly online feature called “Editor’s Perspective,” which appears first on OGJ Online and later in the print magazine. A member of the OGJ staff since 1977, Tippee has been chief editor since January 1999. He holds a degree in journalism from the University of Tulsa
Source: Oil & Gas Journal