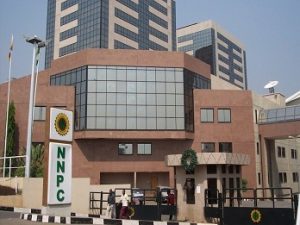 As it was reported, the NNPC has for several months remained the major importer of petrol into the country because of the inability of oil marketers to access foreign exchange at affordable rates to import the commodity.

The corporation in its December 2016 financial and operations report stated that in spite of the liberalisation of the downstream sector and government’s intervention to ease marketers’ access to foreign exchange for products importation, it remained the major importer of petroleum products.

But to supplement products’ importation and lessen the burden on the NNPC for unhindered supplies, the paper learnt that the oil marketers associations met with the corporation and other relevant government agencies to iron out issues that pertain to their operations.

Some of the marketers who attended the meeting said that they met to impress it on the corporation that it was important they, especially MOMAN and DAPMA restart products importation to curtail possible resurgence of products scarcity and distribution challenges.

One of the marketers who is a member of MOMAN said that members of the association had been distributing products they lifted from the NNPC, but that it was time they resumed importation.

While pleading for anonymity, he stated that the meeting lasted several hours and in two batches between the major marketers and IPMAN which has now reconciled their lingering leadership troubles.

According to him: “The burden on the NNPC is huge, although they have been shouldering it for long. However, can it last forever? So, that is one reason for the meeting.”

He further explained: “After the meeting with IPMAN, the GMD and the management team went into a long session with MOMAN and DAPPMA. The meeting was centred on products importation, distribution and retail outlets.”

When contacted on the demands by marketers to start importing products, the Group General Manager, Group Public Affairs Division of the NNPC, Ndu Ughamadu, disclosed that the corporation assured the marketers that they will start the importation of petroleum products soon.

Although Ughamadu did not state when the oil dealers would commence the full importation of products into Nigeria, he however noted that they would be able to do that because the bulk of their requirements have been met by the government.

“The government has also been working hard to sort out the PEF issue with marketers, which it has started paying. The Executive Secretary of PEF was also present at the meeting, a representative of the PPPRA was at the meeting too,” Ughamadu stated.

He also explained that the meeting discussed other issues that included products’ lifting from NNPC depots by marketers.

According to him: “The theme of the meeting also looked at the dynamics of supply and demand in the country and the lifting of products from our various depots and tank farms, as well as to supplement the efforts of the NNPC on importation particularly.”

Ughamadu said on the resurgence of fuel queues in some petrol service stations in Abuja that the recent threat by IPMAN to embark on strike was responsible for the development.

He however noted that the Abuja meeting made IPMAN to cancel its planned strike, adding: “They have said that they will no longer go on strike. The market to a large extent could be influenced by psychological factors. Perhaps the rumour that IPMAN would go on strike caused what you saw.

However, we have adequate stock of petroleum products, Ughamadu stated.

Kindly Share This Story:Ardova Plc has joined the league of companies that have leveraged The…

Nigeria did not pledge $1 billion to recharge Lake Chad – Minister