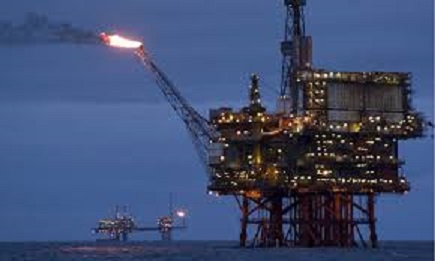 The US and Brent crude oil benchmarks swung between gains and losses in early trading on June 6 on concerns about a continuing dispute in the Middle East. Analysts were uncertain how the rift might influence regional transportation of oil supplies.

A US State Department official called on all parties to resolve the dispute quickly. Turkey also advocated a settlement, saying President Tayyip Erdogan was working for a diplomatic solution.

Saudi Arabia, Bahrain, and Egypt banned Qatari planes from landing and from crossing their air space.

Analysts said the UAE and Saudi Arabia could be vulnerable to retaliation, noting those countries rely upon Qatar for LNG.

According to O&GJ report, the Royal Bank of Canada issued a note saying the breakdown in Middle Eastern relations poses no immediate risk for gulf energy supplies, but it does have critical strategic implications for US military operations and potentially for Libya.

Helima Croft, RBC global head of commodity strategy, said, “We do not believe that the rift will immediately imperil regional energy security. Egypt is unlikely to close the Suez Canal to Qatari tankers, and at this point, efforts to disrupt Qatari shipments will likely have a marginal effect, absent further deterioration.”

Some analysts have said the Middle Eastern situation could complicate politics among members of the Organization of Petroleum Exporting Countries but Croft noted that Qatar “remains firmly part of the coalition of the willing supporting the OPEC production cuts.”

Croft said the dispute poses questions for US President Donald Trump because US forces use Al Udeid Air Base as a regional headquarters for the US Central Command in counterterrorism operations.

Al Udeid is the staging ground for US air operations in Iraq and Afghanistan. Croft also believes the dispute has “clear implications for the security of energy supplies” in Libya.

For a seventh license, ExxonMobil Corp. already has signed a PSC covering Block EG-11, which it acquired through direction negotiation.

Negotiations for PSCs of the open-bidding blocks will begin June 19.

The ministry offered 17 blocks in a bidding round that opened in June 2016. It received expressions of interest from 23 companies and bids from 12 companies.