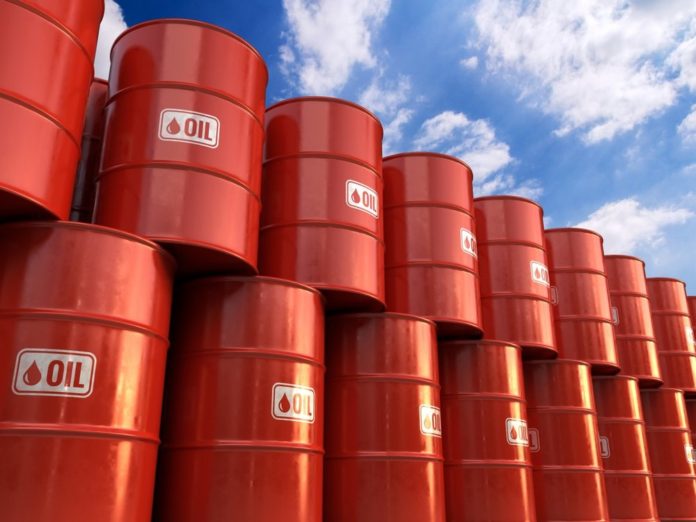 Oil jumped more than $1 a barrel on Thursday due to expectations that falling prices may lead to production cuts, coupled with a steadying of the yuan currency after a week of turmoil spurred by an escalation of U.S.-China trade tensions.

China’s yuan strengthened against the dollar and its exports unexpectedly returned to growth in July on improved global demand despite U.S. trade pressure.

“Brent and WTI were rebounding on the combination of a stronger-than-expected official fix in the yuan, alleviating currency war fears,’’ said Harry Tchilinguirian, global oil strategist at BNP Paribas in London.

Reports that Saudi Arabia, the world’s biggest oil exporter, had called other producers to discuss the slide in oil prices might also have supported the market, he said.

Both crude contracts fell to their lowest since January on Wednesday after the U.S. Energy Information Administration said U.S. crude stockpiles rose last week after nearly two months of decline as imports jumped to their highest since January.

Emily Ashford, Executive Director of Energy Research at Standard Chartered, said she would not read too much into a short-term rise on Thursday as it could be a correction to a sell-off that was “a little too extreme”.

“We believe the oil market is starting to price in the fear of a severe and multi-year breakdown in U.S.-China economic relations,’’ she said.

Crude oil imports into China, the world’s largest importer, in July rose 14 per cent from a year earlier as new refineries ramped up purchases.

Geopolitical tensions over the safety of oil tankers passing through the Gulf remained unresolved as Iran refused to release a British-flagged tanker it seized last month.

The U.S. Maritime Administration said in an advisory that U.S.-flagged commercial vessels should send their transit plans for the Strait of Hormuz and Gulf waters to the United States and British naval authorities.

It added that crews should not forcibly resist any Iranian boarding party.