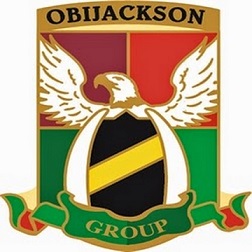 An oil services and fabrication company, Obijackson Group has commended the implementation of the Local Content Laws by the Federal Government, which created opportunities for  indigenous oil and gas companies to excel.

Simeon Tor-Agbidye, the Assistant General Manager (AGM), Group Business Development, Obijackson group gave the commendation in an interview with journalists on the side line at the just concluded Nigerian Oil and Gas Conference (NOG) in Abuja.

Tor-Agbidye said that a subsidiary of the Obijackson Group – Energy Works Technology Limited, is fabricating part of the topside facilities of Total’s Egina floating 200,000 barrels per day production, storage and offloading (FPSO) vessel.

He said that the Local Content Law has recorded great success in creating home grown skills in the country’s oil and gas sector of the economy.

He said that the Nigerian Content Act had opened the floor for indigenous companies to prove that they were capable of playing competively in the international oil and gas scene.

The company boss noted that Nigerian companies had the capacity to carry out contracts efficiently like other foreign companies dominating the oil and gas sector of the Nigerian’s economy.

According to him, it clearly means that the Nigerian Local Content Act is a success because Nigerian companies, technicians and engineers have acquired expertise, and built capacity that has increased indigenous participation in the Nigerian Oil and Gas sector.

“With the Local Content Act, we have made significant progress as a nation and assumed a position of dignity amongst International Oil Companies (IOCs), and other players in the sector, who are the beneficiaries of our first-rate services,” he explained.

Tor-Agbidye said that before the implementation of the Local Content Law, Nigerian companies who had the competency in the oil and gas business were marginalised, but the situation was gradually changing now.

He said the level of the implementation of the Local Content Law had been quite impressive, stressing that the compliance level by the International Oil Companies (IOC) has been satisfactory to a reasonable extent.

He explained that the Nigerian Content Act had been quite effective, useful and well cut out because it was long due.

He said that the Local Content Law had come to stay and the IOCs were effectively obeying and implementing such laws.

“We have completed scope for that project and a few weeks ago, we had a sail off for the Oil Loading Terminal (OLT) piles for the project.

“We sailed them off to South Korea where they will be integrated on the FPSO. We have finished that.

“We are at the final stages of completing K2s pipeline for Shell Petroleum Development Company (SPDC).

“We are also progressing smoothly with the pipeline. The project is an engineering, procurement and construction contact for the 40kmx20 inches export pipeline to re-route Kolo Creek gas to Soku Gas Plant,’’ he said.

Tor-Agbidye said that the company had also recoded smooth progress with the OB3 pipeline, adding that Obiafu/Obrikom–Oben is an EPC contract for the 64.5km x 48 inches gas pipeline project.

He said that the project will soon be completed, adding that the scope of OB3 was actually split between Nestoil and Oilserv.

“Completion time for the project cannot be given right now, but we are progressing nicely.

“One of the major achievements we have accomplished on this project is being able to surmount the challenges of the terrain.

“Coming from the West, we had some of the most difficult terrain crossing several rivers.

“ We have crossed these rivers successfully with the innovative horizontal directional drilling (HDD) technology with our client, the Nigerian National Petroleum Corporation (NNPC).

“Our subsidiary, NestHak HDD Limited is an expert in the technology and only company in Nigeria that has 100 per cent success in the job.

“We will drill under the River Niger and pull a pipe through so that it doesn’t lie on the water and constitute hazard to shipping and other users of the river.

“ We will lay pipes under the River Niger. It is almost two kilometers (2000 meters).

“It looks small but the way it is done is not an easy feat.

According to him, firstly, you drill a small hole all the way underneath the river to other side.

“Then you start going through slow and gradual process called under-rimming that is expanding the hole.

“So you can imagine, ultimately, the hole is going to be five feet of hole all the way underneath the river.

“Imagine the weight, it is called over-burden, everything resting on the hole which is five feet tall, that is the challenges we dealt with,” he said.

On the steel technology adopted on the project, he stated that “we drill with steel pipe but there is no pipe supporting that hole.

“That hole is supported by the fluid we used which is a composition of chemical which helps to strengthen the wall, the pressure holds the wall until we are ready to pull through the pipeline,’’he said.