Nollywood actress, Omotola Jalade-Ekeinde, has been unveiled as the brand ambassador for the Nigeria Liquefied Petroleum Gas Association. 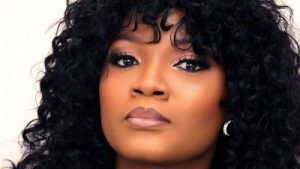 The mother-of-four who is fondly called, Omosexy, made this known on Sunday via her Instagram handle.

Findings have revealed that the actress who recently returned to the big screen after a three-year hiatus was unveiled at a ceremony held in Lagos on December 1.

At the event, Omotola spoke about the importance and benefits of educating millions of Nigerian women and families on the health hazards surrounding the use of firewood and even kerosene in preparing meals.

Following her appointment as an NLPA ambassador, Omotola would also be working with WINLPG (Women in LPG) as they introduce other women into the LPG world.

At 36, Omosexy is one of Nigeria’s bankable celebrities. With over a 100 movies under her belt, she is also one of Nollwyood’s highly sought-after actresses.

She is also a brand ambassador of Knorr alongside her daughter, Meriah. In addition, Omotola is also a Scanfrost ambassador, BO16 Hair Range ambassador as well as ambassador for One Campaign movement for female empowerment