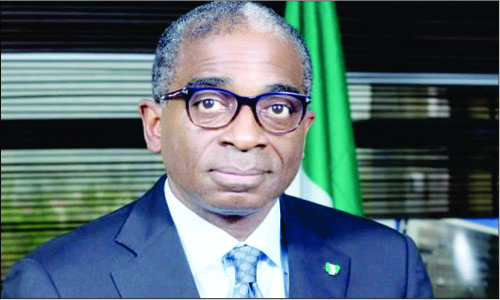 The Chief Executive Officer of the Nigeria Export Promotion Council (NEPC), Mr. Segun Awolowo, has said Ondo State is central to the zero oil plan of the Federal Government.

He spoke at the weekend in Abuja while hosting Governor Oluwarotimi Akeredolu in his office at the Export House.

Awolowo said Ondo is the state with the highest cocoa production in Nigeria and as such, it is pivotal to any successful diversification of the nation’s economy.

The NEPC boss has been at the forefront of pursuing the zero oil plan, which has sustained the hope of Nigeria’s survival independent of oil and its crude, which has been its mainstay since independence.

In many fora, he has aroused the consciousness of states towards the tapping of their resources in order to increase their Gross Domestic Products (GDP) to their benefits and that of the nation.

Awolowo said: “I am proud to host the Ondo State Governor, His Excellency, Oluwarotimi Akeredolu, at NEPC’s headquarters, Export House, where we discussed the importance of Ondo State to the zero oil plan and the non-oil export potentials of Nigeria.

“As the state with the highest cocoa production, Ondo State is key to any successful export diversification in Nigeria.

“I was thrilled to hear about the activities at the Ore Industrial park with the move to use cassava in ethanol production, the bitumen production and also the revitalisation of the palm oil plantation in Okitipupa. I am delighted that the Ondo State governor shares my zero oil vision for both Nigeria and his state, and look forward to our continued collaboration.”

Governor Akeredolu hailed the good work of the NEPC boss, especially in championing the diversification agenda of the President Muhammadu Buhari administration, which has placed the country’s export on a high vantage.

He spoke about what his administration is doing to support cocoa farmers and other laudable programmes that have impacted on the people for the past three years.

Kindly Share This Story: The Agriculture Bureau Association of Nigeria (ABAN) has called for a…

Fed Govt promises support for OAU to generate own electricity