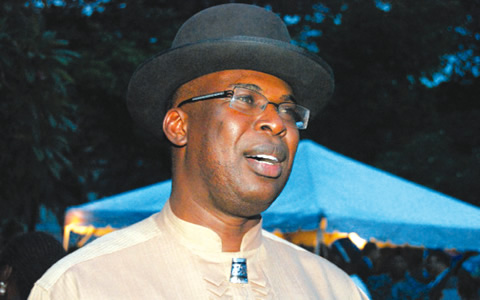 Minister of State for Petroleum Resources, Chief Timipre Slyva, said on Wednesay that about one billion Barrels of Crude oil have been discovered in the Northeast.

Sylva spoke at a news conference to end the 2020 Nigeria International Petroleum Summit (NIPS), in Abuja.

“Those are the kind of figures we are seeing and we are beginning to understand the geological structure of the region,” he said.

According to him, a lot of oil is yet to be found in the country.

He added that there was need for more exploration in the country as more oil would be discovered.

Commenting on passing of the Petroleum Industry Bill (PIB) by June, he said he was confident that it would be passed based on cordial relationship between the legislature and the executive.

“We are banking on the fact today, to make that promise on the fact that there is a very cordial relationship now between the legislature and executive.

”Today, Nigerians all agree that there is a need for us to pass the PIB.

”For so long we have been quivering about the PIB, for more than 20 years. And for so long, we have not been able to attract a lot of investment into the oil sector.

”From 2007 to now, we have only been able to grow our reserves from 37 billion barrels to 37.5 billion barrels, in more than 10 years. Why? Not much investment is coming into Nigeria,” he added.

He noted that investors could not invest in Nigeria if the fiscal framework was shaking or uncertain.

“If nobody knows when laws will be passed, nobody will want to invest new capital in Nigeria. And that is why you see that we have almost been stagnant in the Nigerian oil industry.

So, we believe today that there is a consensus among all of us – industry, Nigerians and government – that there is a need to stabilise the fiscal framework so that investors will be certain and move their money to Nigeria.

”There are very great opportunities in Nigeria, and I believe if we can only stabilise the fiscal framework and bring peace to Nigeria, investments will flow into Nigeria.

“That is really what gives me the confidence to say that there is a consensus now among all patriotic Nigerians that in six months the PIB will be passed,” he added.

On revamping of the refinery, he said that rehabilitation of Port Harcourt refinery would start in the first quarter of 2020.