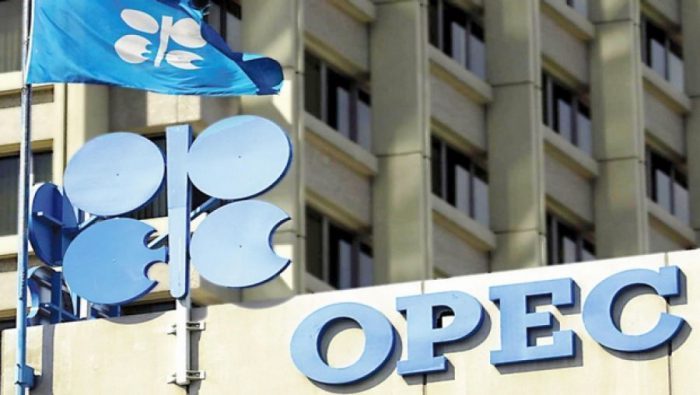 Nigeria is expected to cut its crude oil production by 3.04 per cent to 1.685 million barrels per day for the first half of next year, as part of efforts by the Organisation of Petroleum Exporting Countries to reduce oversupply.

OPEC and 10 non-OPEC countries agreed earlier this month to cut oil production by 1.2 million bpd effective from January for an initial period of six months to shore up what many expect to be weakening market fundamentals ahead.

Nigeria, which was exempted from the previous cuts since January 2017, was asked to join the deal during the OPEC meeting on December 7 in Vienna.

With a reference level of 1.738 million bpd, Nigeria’s oil production is to be cut by 53,000 barrels to arrive at the new quota of 1.685 million bpd, according to a breakdown of member quotas under OPEC’s supply accord obtained by S&P Global Platts on Thursday.

OPEC kingpin, Saudi Arabia, has pledged to lower its crude oil output to 10.311 million bpd -a 322,000 bpd cut from its October level, the document prepared by OPEC’s secretariat showed.

The document showed that OPEC would shoulder 812,000 bpd of those cuts, while the non-OPEC participants would cut 383,000 bpd.

Iran, Libya and Venezuela are exempted from the cuts.

The Minister of State for Petroleum Resources, Dr Ibe Kachikwu, said on December 7, that it was very difficult for Nigeria to reduce its crude oil production.

Kachikwu, who spoke on ‘Bloomberg Daybreak: Europe’ ahead of the OPEC meeting in Vienna, stated that there was a need for an extension of production cuts to stabilise the global oil market.

“We have got exemption three times understandably. This time round, I think there is a decision that everybody should be seen to chip in.”

The 2019 budget proposal presented on Wednesday to the National Assembly by President Muhammadu Buhari proposed an oil production of 2.3 million barrels per day.

“Production of 2.3 million bpd projection for 2019 may not be realistic owing to OPEC’s plan to cut production in order to shore up prices,” the Chairman, Petroleum and Technology Association of Nigeria, Mr Bank-Anthony Okoroafor, told our correspondent on Thursday.

According to him, the benchmark price of $60 per barrel used for the budget is not smart, based on all the uncertainties and volatility surrounding the price of oil.

70% of lubricants in Nigeria are substandard — SON