·        As AAMA Chairman, Dakuku, Confirms Participation of Over 70 Countries 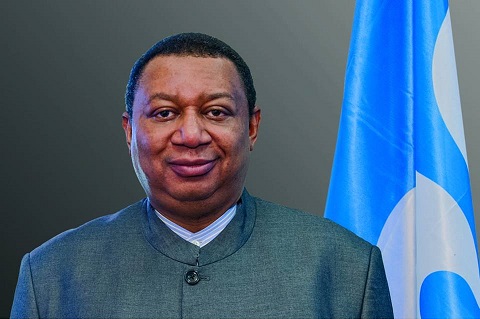 The Organisation of Petroleum Exporting Countries (OPEC) has commended the Federal Government of Nigeria for accepting to host the upcoming Global Maritime Security Conference, saying the talks will go a long way in addressing security concerns in the maritime domain of the entire Gulf of Guinea. Secretary-General of OPEC Mohammed Sanusi Barkindo gave the commendation in a statement to the organising committee of the conference.

This is as Chairman of the Association of African Maritime Administrations (AAMA), Dr. Dakuku Peterside, confirmed the participation of over 70 countries in the conference scheduled for 7 – 9 October in Abuja.

Barkindo noted in the statement that the Gulf of Guinea was strategic to the stability of oil production globally. He said the area was a major shipping route and any infraction there would be felt beyond the region.

According to him, “The strategic importance of the Gulf of Guinea is undisputed and any disruptions in the area has a direct negative impact on our industry and, indeed, is of global concern. This conference is timely in bringing together the relevant and critical stakeholders to allow them to discuss in a constructive manner what concerted action could be undertaken to ensure the sustainable use and long term security of this important and strategic body of ocean.”

Barkindo said the conference would create renewed confidence in investment in the oil and gas sector in the Gulf of Guinea, with a multiplier effect of addressing the challenges associated with the sector globally.

Meanwhile, the chairman of AAMA said the conference would provide a platform for stakeholders of all shades to brainstorm and collectively find solutions to the challenge of maritime insecurity in the Gulf of Guinea. Dakuku, who is also the Director-General of the Nigerian Maritime Administration and Safety Agency (NIMASA), assured participants of a successful event in Nigeria 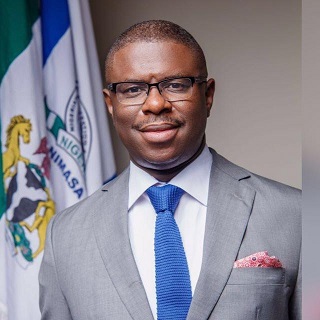 “We shall have a no-holds-barred discussion on security in the Gulf of Guinea at the conference, which promises to be a watershed event in the history of maritime security in Africa and, indeed, the world,” Dakuku stated.

The Global Maritime Security Conference 2019 is a high-level meeting meant to facilitate a clearer understanding of the challenges of maritime security in the Gulf of Guinea region. It is intended to develop tailored solutions as well as coordinate efforts at strengthening regional and international collaborations to eliminate maritime threats in the region.