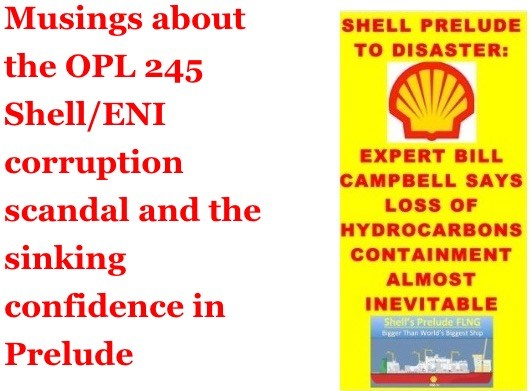 In a statement sent by Shell Webmaster via mw008.com to amehnews saying “We have been informed by the Dutch Public Prosecutor’s Office (DPP) that they are nearing the conclusion of their investigation and are preparing to prosecute Royal Dutch Shell plc(RDS) for criminal charges directly or indirectly related to the 2011 settlement of disputes over Oil Prospecting License 245 (OPL 245) in Nigeria.

“As appropriate, we will provide updates as this matter progresses.

Further investigation confirmed that the case is before a Federal High Court in Lagos has fixed March 29, 2019, to hear a suit seeking the federal government’s revocation of Oil Prospecting License (OPL 245).

“In the suit with No: FHC/L/CS/532/18, HEDA raised the issues of transparency and accountability in the issuance of OPL 245.

“Through one R.A.O Adegoke and Aishat Odekunle, HEDA asked the court to grant its request to probe into processes involving the license, which the human rights group said were flawed.

“HEDA’s counsel Adegoke said that all the parties had been served their processes of which the defendants have responded with their preliminary objections.

“The plaintiff equally filed its reply to all, hence, counsel to the defendant who applied for a short date for the hearing of the matter. Mr. O. Ojo and M. Nwodo stood for the second defendant, Abiodun Rufai for the third defendant and Miss E. A. Ejiga for the fourth defendant.

“The second defendant objected and rather requested a date for the hearing of the preliminary objections filed by the second and fourth defendants which challenged the jurisdiction of the court and this was seconded by the other defendants.

“Consequently, the court adjourned to March 29, 2019, for the hearing of the preliminary objections of all the defendants after which it will rule on whether there is a need to hear the plaintiff’s application or not.

Kindly Share This Story:Governors in the North-East have rejected the 2021 budget proposal of the…