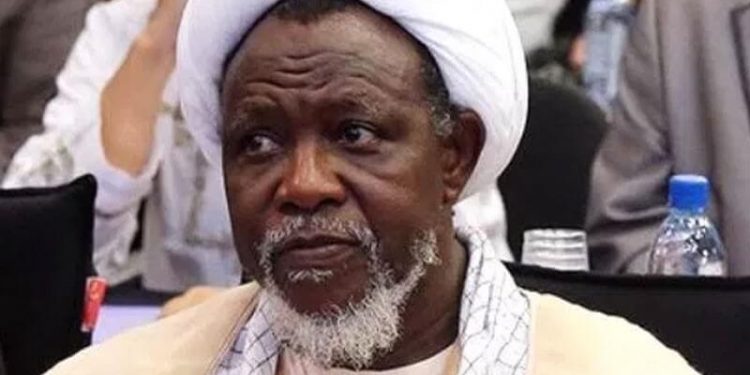 Frank who was reacting to Monday’s clash between the police and members of the movement which led to the death of a Deputy Commissioner of Police and Corp member with Channels Television said the clash and subsequent death could have been avoided if the government had obeyed a court order to release the Shi’ite leader on bail.

He said the unconditional release of El-Zakzaky will be the only way to prevent the crisis from degenerating into more dangerous dimensions, adding that his continued detention is a gross violation of court process.

While commiserating with the families of the Police Chief and the Corp member as well as the Channels TV family, Frank said security strategy in a crisis situation must be targeted at calming the situation and not shooting at protesters.

He warned against creating another terrorist group by deliberately disobeying court orders and refusing to release the leader of the Shiite, adding that it is the right of the Muslim group to demand the release of their leader from illegal and unjustified detention.

He said: “whether we like it or not, the Shiites members are Nigerians and therefore Nigerians must condemn the clamp down on the group. The Buhari government has refused to obey all the court orders granting the Shiite leader bail before now.

“Why is the government finding it difficult to obey the numerous court orders? It is also on record that the leaders of the Christian Association of Nigeria (CAN) and their Muslim counterparts had visited General Buhari concerning this illegal detention and that of Col. Sambo Dasuki but the APC’s government has consistently paid deaf ears to all their concerns.

“The demand for his release has now gone international. In London recently, a group of protesters were seen calling for the release of El-Zakzaky and the UK Government did not send police to shoot the protesters even when the shiite leader is from another country.

“Nigerians must speak up now and channel the blame in the right direction, which is Buhari and not the protesting Shiites members who were demanding for the release of their leader.

“If Buhari’s government could negotiate with Boko Haram, bandits and other dreaded groups, why is it difficult for him to find a solution to the Shi’ites’ agitation?”

He called on all Nigerians including religious leaders and Civil Society Organisations to boldly speak out now and prevail on the President to order the release of the detained El-Zakzaky and Dasuki and appealed to the international community to mount pressure for the release of the Shiite leader.

Buhari vows to tackle insecurity, sympathizes over killings in Sokoto