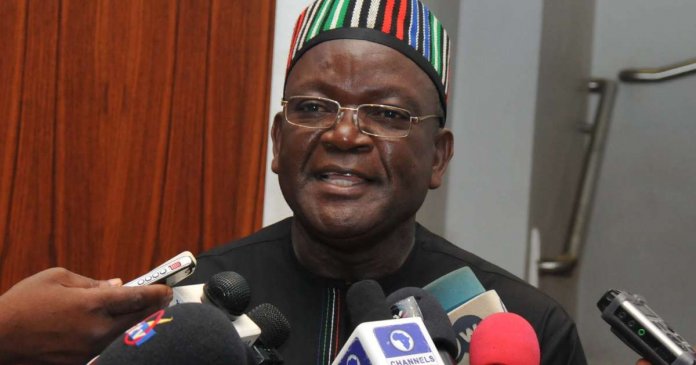 Governor Samuel Ortom of Benue State has called for the arrest and questioning of a self-acclaimed spokesman of Fulani groups and All Progressives Congress (APC) chieftain, Mr. Garus Gololo over alleged comments on Benue killings.

Gololo had recently alleged that Ortom was sponsoring attacks on Fulanis residing in Benue State.

Miffed by the allegation, the governor had demanded an apology and retraction.

A statement from the governor, yesterday, which was issued by his Chief Press Secretary, Mr. Terver Akase, alleged that Gololo had not been new to such false and malicious statements after his request to be appointed a Special Adviser in Benue State was turned down.

“Since Governor Ortom turned down his request to be made Special Adviser preferring to appoint another Fulani man as his aide, Gololo has launched ceaseless campaign of calumny and blackmail against the governor. “In January 2018, shortly after armed herdsmen attacked communities in Guma and Logo Local Government Areas, LGAs, killing 73 people, Garus Gololo came out on behalf of the armed Fulani groups and accepted responsibility for the massacre, alleging that the attacks were in retaliation for their cows, which he claimed were rustled. “Security reports however later proved that no Fulani cow was rustled before the 2018 attacks.

“Contrary to his recent claim, there is no attack on a Fulani person in any part of Benue State. All law-abiding Fulanis are living in peace with other Benue people.

“We, therefore, expect security agents to arrest for prosecution, this harbinger of mayhem whose only trade is raising false alarms to throw the society into crisis. “Gololo is closely working with other enemies of the state and he surely has questions to answer regarding the frequent attacks on innocent Benue people.

“In the meantime, Gololo has 48 hours to prove the accusation he leveled against Governor Ortom; failure of which he should tender a public apology to the governor or face legal action.

“The Governor urges people of the state and other Nigerians to disregard the alarm and continue to support security operatives with timely and useful information to guarantee the safety of lives and property,” part of the statement read

Senate: We Can’t Be Induced to Screen Ex-Service Chiefs