Nigeria and West Africa-focussed oil and gas exploration and development company Lekoil during signing of the Otakikpo joint venture between Green Energy International and itself on Monday revealed that capital expenditure of the joint venture stood about $170million, covering new wells and processing infrastructure, of which Lekoil was expected to fund $68million. 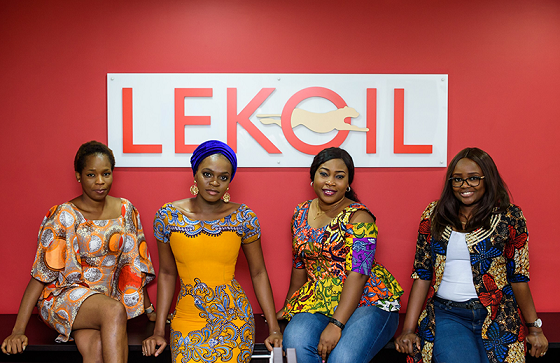 The AIM-traded firm said the joint venture has signed a memorandum of understanding with Schlumberger, and an unnamed subsidiary of a major international oil company which had been operating in Nigeria for more than half a century.

It said the MoU covered a “comprehensive” infrastructure sharing and drilling programme around a group of marginal field assets in OML 11.

The company said the phased development plan consisted of drilling up to five new wells in Otakikpo, expanding processing infrastructure to comprise an onshore terminal to be located outside the Otakikpo field operations area, construction of an export pipeline connecting the onshore terminal to an offshore buoy to handle Otakikpo and other fields in OML11.

The Otakikpo joint venture would partake in the costs of its field development, with funds provided for such participation by the development consortium.

Project management and associated asset management costs provided by Schlumberger would be shared between the Otakikpo joint venture and the operators and owners of other marginal fields participating in the project.

Capital expenditure to be incurred by the joint venture was expected to be approximately $170m, covering new wells and processing infrastructure, of which Lekoil was expected to fund $68m.

The anticipated costs consisted of debt repayment to financing parties, including the major oil company, in addition to a project implementation fee paid to Schlumberger.

Repayment of the facilities expected to be provided to the joint venture as part of the project would be made from production revenues from Otakikpo, in priority to any existing lending facilities – subject to agreement with existing lenders – future capital expenditure and returns to equity holders.

Under the terms of the MoU, the major oil company would provide funding to the Otakikpo joint venture alongside the other funding partners, subject to due diligence, project economics, entry into definitive documentation and final investment decision.

The Otakikpo joint venture would enter into an exclusive offtake agreement with the major oil company for the sale of crude produced as part of the project.

Schlumberger would act as technical and project execution partner, to provide oilfield services and project management services to assist in ramping up production and long-term field management.

Due diligence would be undertaken, and the financial terms and cost of capital would be finalised following final investment decision.

The final investment decision remained subject to the satisfaction of customary conditions precedent, including the credit committee approval of financing parties and the execution of definitive project agreements.

Site mobilisations were tentatively scheduled for late in the third quarter.

“This MoU is a significant milestone for Lekoil and the Otakikpo joint venture,” said chief executive officer Lekan Akinyanmi.

“It secures the necessary funding, subject to the various conditions being satisfied, to drill additional wells and unlock further value at Otakikpo.”

Akinyanmi said the company was “pleased” to be working with Schlumberger, which would bring “world class” implementation, as well as with other members of the consortium.

“We look forward to the transformation of operations infrastructure and an opportunity to earning revenue along the value chain.”

In the same vein; LEKOIL (AIM: LEK), the Africa focused oil and gas exploration and production company with interests in Nigeria, announces its final audited results for the year to 31 December 2018.

LEKOIL’s annual report and accounts for the year ended 31 December 2018, together with the Notice of Annual General Meeting will be posted to shareholders shortly and a further announcement will be made as and when this has occurred. The Company also intends to publish an operational update and financial guidance for FY2019 in short order.

Olalekan Akinyanmi, Chairman and CEO in a statement; said 2018 marked LEKOIL’s first full year as a producing company and represents a major milestone as we continue to implement our strategy to build a diversified, self-funded Africa-focused exploration and production business. We seek to achieve this through growing production at the Otakikpo marginal field, our existing producing asset, situated in oil mining lease (OML) 11 in the south eastern coastal swamp of the Niger Delta and through unlocking the value of our interest in OPL 310, the offshore block adjacent to Lagos which contains the world class Ogo discovery. In addition to the Otakikpo marginal field and OPL 310, the Group also has an interest in OPL 325 which in our view has significant exploration upside potential.

He disclosed that “The priority for 2019 is to grow production volumes at Otakikpo through Phase Two development (subject to funding) to reach gross volumes of 15,000 to 20,000 bopd.  The first step has already occurred, with 3D seismic data acquisition and interpretation now completed.

“We also continue to advance toward the start of the appraisal drilling programme on Ogo in OPL 310.  We will work with our joint venture partner, Optimum to negotiate agreements that will allow us to make progress on the block, after securing all relevant regulatory extensions and approvals.

“In light of delays to key initiatives on assets, the Company is taking action on general and administrative costs with the aim of a reduction of 25% annually including a 25% cut in Board remuneration.

“The next year should therefore provide key catalysts for value appreciation for shareholders as we move forward in building a leading Africa-focused exploration and production business.”