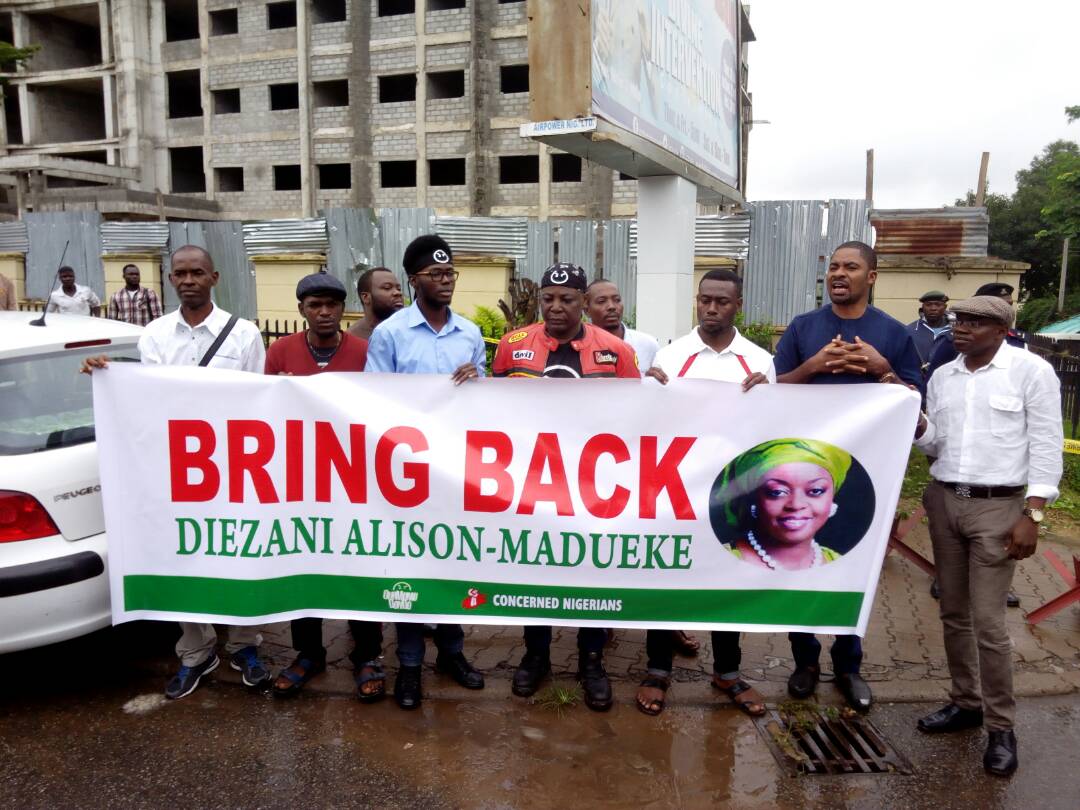 Charles Oputa, popularly known as Charly Boy, and his #OurMumuDonDo protesters on Monday stormed the Head Office of the Economic and Financial Crimes Commission in Abuja to demand the repatriation of a former Minister of Petroleum Resources, Diezani Allison-Madueke.

Diezani, who served under former President Goodluck Jonathan, is being investigated for a series of multi-billion dollar fraud and money laundering offences in Nigeria, the United Kingdom and America.

A court in Nigeria has ordered the forfeiture of some properties linked to the former minister which are believed to have been acquired with stolen wealth.

Diezani’s associates and co-conspirators, Kola Aluko and Jide Omokore, have also been linked to corrupt practices worth billions of dollars.