Kindly Share This Story:
The Nigerian Communications Commission (NCC) has disclosed that it would shut down over 50 illegal vehicle-tracking firms in the country. 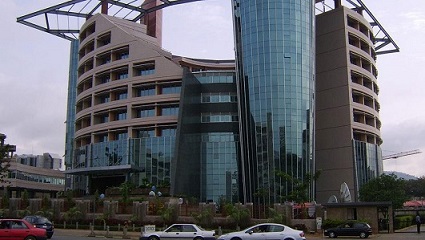 The NCC Zonal Controller, Keneth Uzoekwe disclosed this in Lagos yesterday saying the commission had started a raid to enforce existing laws on companies that operate illegal Automated Vehicle Tracking Services (AVTS) in the country.

Uzoekwe disclosed that 20 of such firms had been tracked while two already had been shut down in the raid that began on Tuesday.

He said the closed firms are located at Shasha, Akowonjo and Ogba areas of Lagos.Uzoekwe explained that the enforcement team came from Abuja to check operators’ compliance with regulations.According to him, the illegal operators are disrupting the network by using the resources that were not allocated to them.

NCC zonal controller further explained that if a non-licensed operator uses a particular resource, the tendency is that it would cause interferences on the networks of other licencees.

“This kind of illegal practice also affects the quality of service deliveries by the operators,” he said.He said the commission couldn’t quantify the amount of misdeeds that the illegal operators have caused the economy, adding that their operations are also affecting the telecommunications sector’s contribution to the country’s Gross Domestic Product (GDP).

“When some companies operate illegally without contributing their quota, in terms of payment of taxes and other dues to the authorities, the sector’s contribution to the nation’s GDP would be threatened,” he said.

He said the NCC had warned them to desist from operating illegally, or risk sanctions in line with Section 31 of the Nigerian Communications Act of 2003.A Principal Manager in the commission’s Compliance Monitoring and Enforcement Department, Emeka Obi disclosed that the commission’s mandate is to ensure fair competition and promote investment in the sector.

Danbatta Calls to include ICT contents in academic curriculum