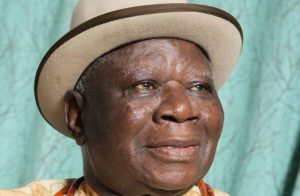 The Pan-Niger Delta Forum, PANDEF, has called for the translation into a policy direction with a definite timeline of implementation, Vice-President Yemi Osinbajo’s statement that oil companies should relocate their headquarters to their areas of operation.

The forum also called on the Federal Government to review the 2017 budget to reflect the contribution of Niger Delta region to the nation’s economy through substantial allocation of funds for development.

PANDEF made this known in a communiqué issued at the end of its general assembly held in Uyo, Akwa Ibom State capital, where it maintained that the 2017 budget as currently proposed is lopsided and skewed against the region.

They reaffirmed their prescription of dialogue as the only way to resolve crisis in the Niger Delta.

Reading out the communiqué to newsmen, Clark pointed out that the most urgent issues in Nigeria currently is the issue of restructuring of political and economic systems to guarantee a just federation, based on equity and 100 per cent ownership of resources by the federating units.

He stated that the just-concluded visit of the Vice President (then acting President) to states in the Niger Delta region is a clear demonstration of a new pathway to sustainable engagement in the region, adding that the move is worthy of commendation.

PANDEF however stated that the appointment of Directors into the NNPC where only the minister of state, who is a statutory member of the board, is the only person representing the region does not augur well for equitable and fair representation in line with national character.

It lauded the candid pronouncement of Osinbajo on some strategic matters such as: Nigeria Maritime University, Okerenkoko, the relocation of Heads offices of oil companies to the Niger Delta, regularization of local refineries into modular and more viable refineries and award of pipeline surveillance contract to local and host communities among others.

In his remarks, Nkanga said the meeting was to ensure the sustenance of peace in Niger Delta region as prevail on the federal government to fulfill its promises to the oil-rich region.

Tinubu floor Fashola for Ambode over inherited Debt In Lagos