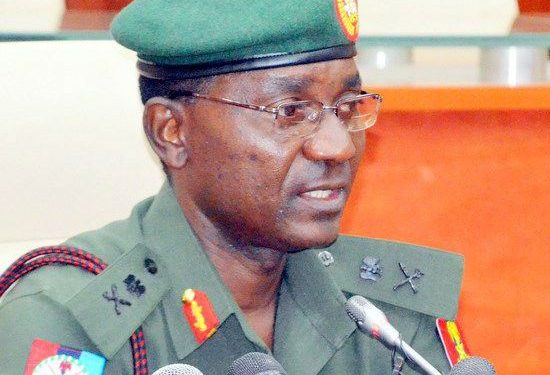 THERE was panic at the weekend in the Federal Capital Territory (FCT), the seat of the Federal Government, over a leaked intelligence report of the likely existence of Boko Haram camps in Abuja.

The terror group is also believed to have also set up camps in Kogi and Nasarawa — states sharing boundaries with the FCT.

Security agents last night urged the people to go about their lawful duties with an assurance of protection, having put operatives on the red alert.

There were indications that the military and other security agencies have mounted surveillance on movement into Abuja from surrounding states such as Kogi, Nasarawa, Niger, and Kaduna.

An internal memo of the Nigeria Customs Service (NCS), which leaked to the public on Saturday, created the anxiety in the nation’s capital.

The memo, signed by the Deputy Comptroller (Enforcement Headquarters) and dated August 20, said: “Information reaching the Comptroller-General of Customs (C66) reveals the existence of Boko Hamm Terrorist Camps (BHTs) in and around the Federal Capital Territory.

“Further reports have it that they are planning to attack some selected targets within the territory. They are reported to have set up their camps in the following identified enclaves;

“Consequently, you are to be at alert and security conscious in your environment at all times. Ensure wide circulation, please.”

As soon as the memo became public knowledge on Saturday, it was widely shared to worship places, groups, restaurants and others, leading to disquiet in the city.

Some restaurants and malls on Sunday initiated precautionary measures with extra screening procedures.

Some high-profile restaurants in Wuse II, which normally operate on Sunday, shut their doors to monitor the situation.

The memo was also being shared among market leaders, transport unions and socio-cultural associations in the FCT.

A top military officer said: “The memo might have emanated from an intelligence sharing session. Don’t forget the Customs Service operates internally within the country and at all borders.

“The reality is that these terrorists now indulge in living in make-shift camps due to increase in military assaults on them in their various settlements in the North-East. It is likely they will migrate. The demolition of a sect‘s camp in Nasarawa State last week was part of the drive at checkmating these terrorists.

“I think the memo was meant for all the services and security agencies as part of steps to make them to be conscious of suspicious movements and to be proactive.”

The Defence Headquarters said the Armed Forces and other security agencies had been placed on red alert in the FCT and its neighbouring states.

The statement said: “The Defence Headquarters wishes to reassure residents of FCT and other adjoining states that the Armed Forces of Nigeria and other security agencies have been on red alert to combat crime and ensure effective surveillance of the Federal Capital Territory and other states of the country.

“This is imperative sequel to a purported memorandum from the Nigeria Customs Service warning its staff on a possible attack on the FCT.

“Furthermore, the Armed Forces of Nigeria and other security agencies wish to assure the general public that the offensives against the common enemies of this nation will not cease until normalcy is restored in all parts of the country. Hence, the general public is equally enjoined to remain vigilant and report any suspicious activity accordingly.”

The FCT Police Command said arrangements had been put in place to beef up security in the territory.

It’s spokesman, Anjuguri Manzah, said: “This is to affirm the Command’s commitment to the protection of life and property and forestall any act that could lead to a likely security breach.

“The Command is also working in close synergy with sister security agencies in its ongoing effort to strength security in FCT.

The Travel Advisory of the US Embassy in Nigeria as at 6.37pm yesterday warned Americans against going to places where crowds gather.

It cautioned about visit to shopping centres, malls, markets, hotels, places of worship among others.

“Terrorists continue plotting and carrying out attacks in Nigeria, especially in the Northeast. Terrorists may attack with little or no warning, targeting shopping centers, malls, markets, hotels, places of worship, restaurants, bars, schools, government installations, transportation hubs, and other places where crowds gather.”