The Minister of Communications and Digital Economy, Dr. Isa Ali Ibrahim Pantami, has urged the Swedish Government to support Nigeria’s quest to deploy more robust broadband infrastructure in the country, for economic growth and prosperity. 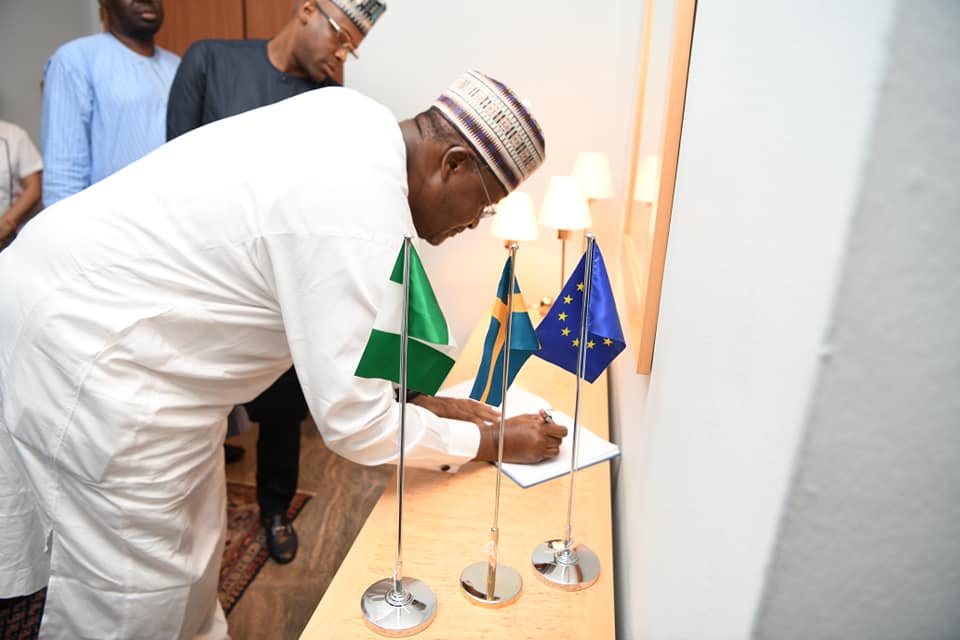 Speaking in Abuja at a dinner hosted by the Swedish Ambassador to Nigeria, Carl-Michael Grans, Dr. Pantami, who was represented by the Executive Vice Chairman of the Nigerian Communications Commission, Prof. Umar Garba Danbatta, said Nigeria has embarked on a digital transformation journey and efforts are ongoing to ensure evacuation of the massive data capacity at landing points to hinterland.

“We have a plan to move the massive capacity from landing point to hinterland. To do that, we know we have to put in place the necessary infrastructure that will facilitate it. We would therefore like the Swedish Government to buy into this great idea of deploying this massive broadband infrastructure which is fibre-driven,” he observed.

According to him, the project will see a quantum access of 10gbps in each of the 774 local governments of the country.

“We appreciate the important intervention that you are giving to this country, especially to this sector of the economy we are managing on behalf of the Federal Government. The statistics are there for all to see. The broadband penetration, for instance is about 40 per cent but this is 40 per cent of close to 200 million people, which translates to about 80 million Nigerians having access to high speed internet together with the volume associated with broadband networks,” he explained.

The Minister, however, noted that as the country’s population is close to 200 million and the government would not rest on its laurels until all of them have access to high speed internet as well as the volume associated with the network.

On the internet penetration, Dr. Pantami observed that figures recently released by the NCC indicate that almost 125 million Nigerians have access, but lamented that close to 31 million Nigerians are still within unserved and underserved areas.

Nigeria achieved its 5-year National Broadband target of 30 per cent in December 2018 and since then the level of penetration has remained steady.

It could be recalled that the broadband penetration was less than 6 per cent when President Muhammadu Buhari appointed Prof Danbatta as the chief executive officer of the NCC.