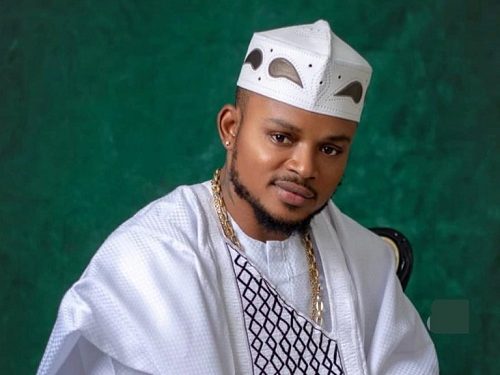 The Chief Executive Officer, Money Making Machine Gang, MMMG, Mr Agbontan Godson Owens aka Owens Leo has disclosed that to excel in the music industry it requires more than passion.

Speaking in a media chat, Owens said that money plays a key role in delivering the kind of quality music his fans will admire. The endowed artiste said MMMG as a record label is a coinage that he finds very motivational. “Name does several works in our life,” he added.

He said music was his passion from childhood. “I love good music and I can sing as well. But I was never opportuned to chase that career at a tender age. In 2009, I venture into the music business and my record label was officially launched in 2017. This year I signed my first artiste“White man”.

Speaking on challenges so far, Owen said “ Since 2017, it’ has not really been easy but we’ve both been together. My artist was first working with me as a hypeman in the club, then I found out that he actually got the talent and he’s a good entertainer. I decided to sign him after listening to his songs, which I noticed had good messages to deliver, unlike the regular Naija jams. His songs are inspirational and motivational.

“We believe in working before eating, hence the reason for his genre. It was not easy because I was not financially buoyant. But I managed to release some songs while I also collaborated with some of my Russian friends. My music journey took me to Greece but I was only able to stay in Russia for 2 years while pursuing my education. I was unable to complete my education in Russia because the cold was too much. It wasn’t good for my chest, so I had to return to Africa and enrolled in Adonai Institute in, Benin Republic where I eventually finished and went for my youth service in 2016. I studied Computer Science and I have the plan to go for my Master very soon. ”

Owen shares success tips to other young artistes – “You need to have another source of income. For instance, I have been trying to establish several businesses that will ensure the money keeps coming and for posterity sake. I have Saloon and also a night club where people can relax and have fun. Am a very ambitious person and I have the plan to set up more businesses. I usually stock farm products like red oil, melons and ogbolor when its cheap and sell when it increases in price.

“ Music business needs the money and without funds to push it, your passion is wasted.”

Reacting to a viral post of himself and Davido, on social media, he revealed that there is a working relationship between tge multiple award-winning singer and himself.

Owen is not bothered about what the future holds. To him, only present event and happenings matters. “The future is not sure for anyone, Maybe, you can call me the only man who doesn’t believe in insurance, because my life itself is not assured.”

BBNaija: Housemates party with 2baba on his birthday