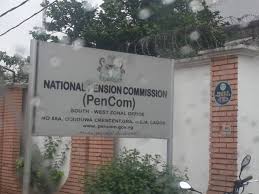 The National Pension Commission (PenCom) is set to launch the Micro Pension Scheme this month with a target of N3trillion into the pension assets from over 20 million workers across the country. The initiative is expected to dramatically increase the level of total pension assets in the country from N8.45 trillion as at October 2018 to a higher figure.

To ensure seamless operations after launch, PenCom and pension operators have developed a robust Information Technology (IT) infrastructure that will support the Plan.

The commission has also had engagements with informal sector groups, such as, the Nigerian Union of Textile, Garment and Tailoring Workers of Nigerian (NUTGTWN), a body consisting Self Employed Tailors and Garment Workers; partner trade associations, Non Governmental Organisation (NGOs) and religious bodies in a bid to persuade them to subscribe to the micro pension plan.

The Acting Director-General of PenCom, Mrs. Aisha Dahir-Umar said the implementation of the Micro Pension Plan will improve the standard of living of the informal sector participants at retirement and reduce dependence on extended family for support at retirement.

She added that it would give self-employed people in the country the opportunity to participate in the pension scheme, especially those with irregular income, usually in the informal sector and are largely financially uninformed with limited or no access to financial services, especially, pension plan.

Dr. Farouk Aminu, the Head, Research & Corporate Strategy at PenCom said at a recent forum in Lagos that the commission is working on ensuring that the plan commenced as planned, noting that, this is a development that could enhance the growth of pension assets in the country.

In addition, Mr. Peter Aghahowa, Head, Corporate Communications at PenCom said the micro pension initiative is made flexible for people to easily join, while the method of contribution is decided by the contributors, who are to choose whether to contribute daily, weekly, monthly and quarterly.